Member of the Parliamentary Assembly of the Council of Europe (PACE), Pieter Omtzigt, filed a written inquiry with the Committee of Ministers concerning N. Savchenko’s case, in which he asked what action had been taken to bring about the release of the Ukrainian lieutenant.

Omtzigt had earlier addressed the Committee of Ministers of the Council of Europe, consisting of foreign ministers of the organisation’s member states, concerning the case of the abducted and imprisoned Ukrainian but has not received a reply to date.

As he notes, since October, when he made the first written inquiry, the situation has changed. Savchenko, who is still in detention, was elected to Ukraine’s Verkhovna Rada and is performing the function of a PACE delegate. These functions gurantee her parliamentary immunity. At the same time, the Ukrainian lieutenant announced a hunger strike which has been going on for 48 days now–Omtzigt reports – and her health condition is deteriorating. Hence, Omtzigt asked what action had been taken in Savchenko’s case by the Committee of Ministers in the past four months to prompt her release. 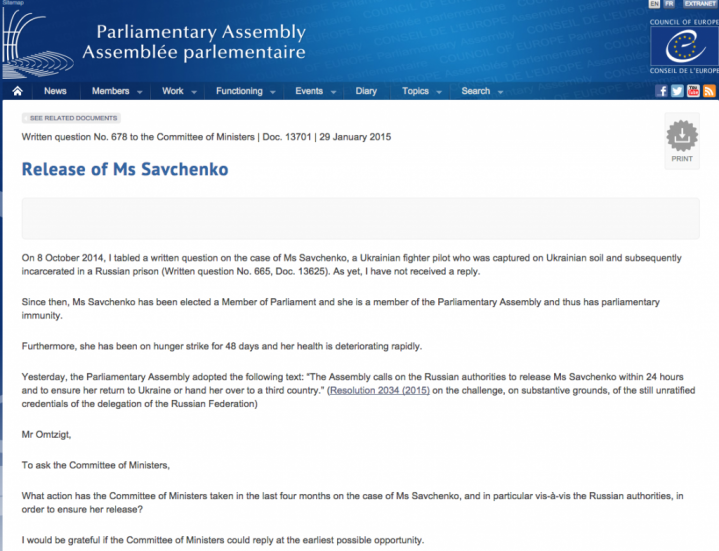