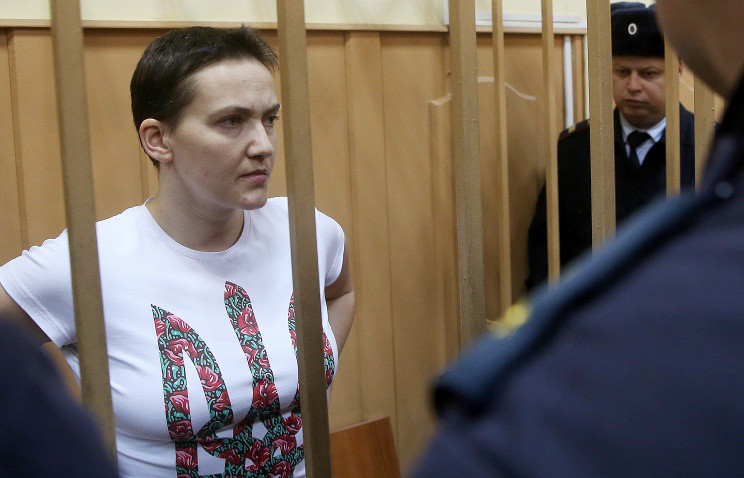 The EU has to act to help free Savchenko. Solidarity signs are needed but will do nothing without concrete action

10 February 2015 – The Open Dialog Foundation welcomes yesterday’s sign of solidarity with Nadiya Savchenko, Ukrainian pilot, as well as MP and delegate to PACE, which took place on the sidelines of the Foreign Affairs Council in Brussels. Upon the call of the Lithuanian Minister of Foreign Affairs, 14 EU Foreign Affairs Ministers and the French Ambassador held pictures of Nadiya Savchenko calling for her release.

We recognise the importance of such initiatives and are thankful to those who participated for their sign of support, while regretting that not all EU Foreign Affairs Ministers showed their solidarity. At the same time, we underline that concrete actions are needed to exercise all possible pressure on the Russian authorities to free Savchenko.

We also particularly call on the Belgian Minister of Foreign Affairs, Mr Didier Reynders, who Heads the Committee of Ministers of the Council of Europe during the current Belgian Chairmanship, to use all his means to bring the case of Savchenko to all the exchanges with the Russian Federation. We urge him to address the written questions tabled on the case of Ms Savchenko over the last months and to provide statements on concrete steps undertaken by the Council of Europe to obtain the liberation of the Ukrainian pilot, MP and a delegate to PACE.

Nadiya Savchenko was a member of a volunteer battalion in the East of Ukraine when she was taken hostage in June 2014 by the pro-Russian terrorist groups. She was subsequently transferred to Russia, where after a week-long unofficial detention under armed guards in a hotel, she was officially detained and arrested on 30 June 2014. Since 15 December 2015, She has been on hunger strike, demanding to be freed.