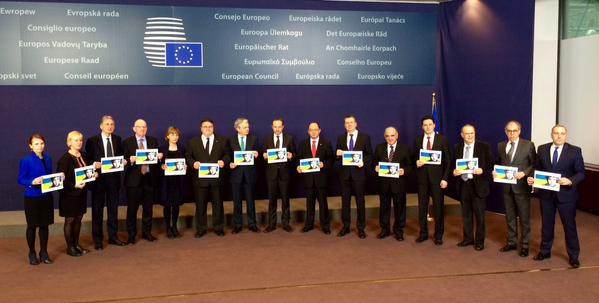 “Release Savchenko” – Ministers of EU states appeal to the Russians

Ministers of Foreign Affairs of EU states appealed to Russian authorities to release the Ukrainian lieutenant N. Savchenko, who has been on hunger strike for nearly two months. Her life is in serious danger.

On Monday, 9th February, 14 Ministers together with the French Ambassador, pleaded from Brussels to release the “illegally abducted Ukrainian pilot”, having their photograph taken with her photo on the occasion of a session of the European Council.

The campaign to support Savchenko was reported via Twitter by, amongst others, Linas Linkevicius, Lithuanian diplomat, former head of the Lithuanian Ministry of National Defence, Ministry of Foreign Affairs, and the Lithuanian Ambassador to the NATO and to Belarus. “We European FoMin stand united demanding #Russia to #FreeSavchenko – illegally detained in July, 59d on hunger strike” – Linkevicius wrote on his profile.