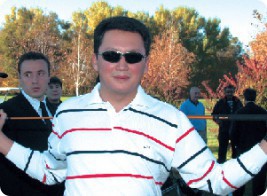 The deputies of the Canton of Geneva in Switzerland issued a statement in which they demanded the investigation into the origin of the money stored in Swiss bank accounts belonging to members of Nursultan Nazarbayev’s family.

The document itself is called «Arrêtez le carnage», which means “Stop the massacre” – this is the description given by the deputies to the activities undertaken by the Kazakh authorities in Zhanaozen December 16, 2011. The text contains words of support and solidarity with the striking oil workers in Western Kazakhstan.

In the final part of the statement “Stop the massacre”, the deputies appealed to the international community not to remain silent in light of the crimes the officials of the Kazakhstan against their own people and against humanity.

Let us remind you that in early December 2011, the Swiss magazine «Bilan» published a list of the 300 richest people in the country. Among them, there was Dinara Kulibayeva, the daughter of the President of Kazakhstan, Nursultan Nazarbayev, and Timur Kulibayev’s wife. At the time of publication of the list, Kulibayev was the head of the “Samryk-Kazyna” Fund.

December 22, 2011, the Kazakh President, Nursultan Nazarbayev announced the dismissal of the head of the National Welfare Fund “Samryk-Kazyna”, Timur Kulibayev, for failing to fulfill the order of settling a labour dispute in the “KazMunayGas” company, whose workers went on strike in Zhanaozen a few months later. December 16, 2011 in clashes between strikers and the police, fire-arms were used. As a result, according to official figures, 16 people were killed. Opposition activists quote a higher number of victims.