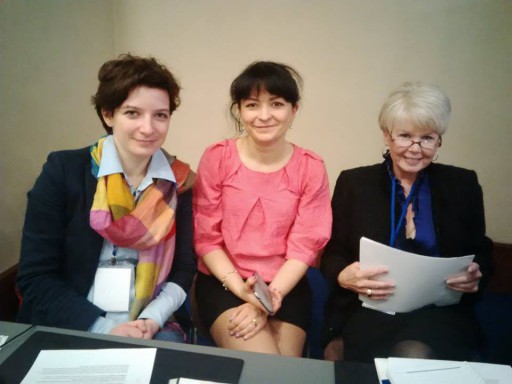 How to effectively cooperate, manage time and the process of communication, and how to resolve conflicts in the ethical sphere and in the conditions of conflicting pressures from interest groups – these, and other issues, were the subject of a training seminar for the Ministry of Justice’s Lustration Department, organised in Kiev to support the lustration process in Ukraine. The seminar was joined by foreign experts – business trainers and public service specialists.

Upon an invitation from the USAID FAIR Justice Project and with the support from the Open Dialog Foundation, the training in Kiev was conducted by, amongst others, Pam Daniels, business process specialist and renowned business trainer, and Małgorzata Skawińska, specialist in ethics and conflicts of interest in public service, who works with the National School of Public Administration (KSAP) in Warsaw. Training was also delivered by Anatolyj Tychonchuk and Oleksandr Ladygin, business trainers of the “Gestalt Consulting Group Ukraina”, which is one of the partners of the event. 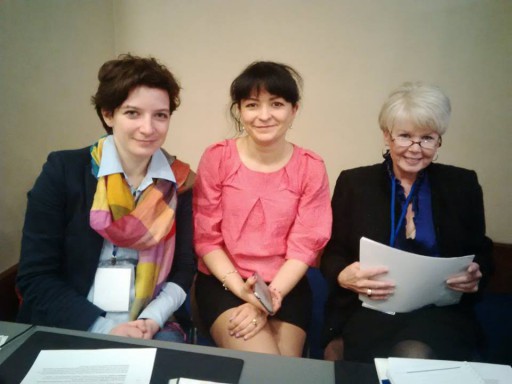 We discussed the impressions of Małgorzata Skawińska after the training.

Małgorzata Skawińska: My impressions after the training are very positive. The participants were very open to what we, as the expert team, wanted to convey to them. I had a feeling that everyone tried to actively join in the sessions. It is clear that these people do not work at the Ministry of Justice for profit, but because they really want to make a change; from its head down to the interns.

This is something that offers great hope for the future and that the objective they have set for themselves – which is a very difficult one – will be attained.

What are the biggest issues faced by the team working in Ukraine on such an important process as lustration?

Their main communication barriers are that they are a new team of people who have not harmonised their efforts yet. Some of them have worked in administration, and some have not. It is obvious that central administration circles are rather special. Many things that are acceptable in private business cannot be afforded in administration. There are decision making processes that may not be omitted. There are rules and regulations that cannot be broken. And so this is something they all have yet to learn. Some of them at least, but I think they are very willing to do so.

We do not expect miracles. Certainly, some people will say that someone from our circles will sell themselves a few years on from now. It will turn out that they worked for someone who did not support our ideas; certain things happen but this does not mean it is the end of the world and the end of our ideals.

No. There has been no defeatism. They are rather looking for ways to make a change. If they see there is a problem, they tend to focus on finding a way to deal with it rather than complaining that it is impossible. To me, this is a huge difference compared with the Polish administration where, quite often, there is a feeling that things cannot be done. Whilst here, because there are a lot of people who have come from the outside, there is no such approach, no one says “it cannot possibly be done”. More effort simply has to be made.

Can you compare the Ukrainian delegates with representatives of other countries of the Eastern Partnership in which you have worked?

I can make a comparison to Georgia from 10 years ago, the time of the Rose Revolution. I remember that even back in 2011, when we provided such training for Georgia, a lot of young central administration staff came too. Those were very young people who were stating openly that they were not in public administration to get rich but, in order to make a change. They were proud to see the changes taking place and their effects becoming noticeable, and to have a say in shaping the reality.

And how about Poland?

Poland in 1989 was going through the same process. We simply concluded that a lot of things failed. Many politicians and people of the former Solidarity movement, or actual legendary figures somehow betrayed the ideals of the transformation. Which does not mean that we failed. We succeeded, but it required effort, patience and the coming to terms with the fact that everything would not be as we dreamed at the outset.

What will help our lustration staff on the path of difficult changes?

My wish for these people is to remember that revolution is a trifle compared with what follows the day after. Not everything has to go “my way” and “immediately” or we’ll organise more uprisings. We only need to say: fine, now we are setting to work. We do not expect immediate results. We do not expect miracles. Certainly, some people will say that someone from our circles will sell themselves a few years on from now. It will turn out that they worked for someone who did not support our ideas; certain things happen but this does not mean it is the end of the world and the end of our ideals.