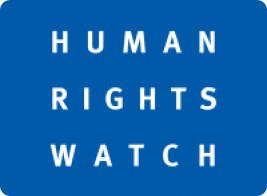 (Almaty) – Kazakhstan police should respect the fundamental freedoms of expression and assembly and not interfere with peaceful rallies planned for March 24, 2012, Human Rights Watch said today. Since late January, when opposition activists staged the first of a series of peaceful public protests in Almaty, the authorities have responded with increasing hostility, rounding up opposition activists in advance of and during a February 25 protest, and arresting and fining participants.

Civil society activists have planned peaceful rallies in various cities on March 24 to mark 100 days since police opened fire on civilians, including striking oil workers, in the western city of Zhanaozen on December 16, 2011. The organizers are calling for a fair trial for those charged with participation in mass riots and plan a minute of silence and a prayer to commemorate those who were killed and wounded.

Authorities have already moved to prevent people from attending the rally in Almaty. At approximately 9 p.m. on March 21, five officials from the prosecutor’s office came to Azat Social Democratic Party (OSDP) presidium member Marzhan Aspandiarova’s home to warn her that she risks administrative, and potentially criminal, charges if she participates in the March 24 rally. Aspandiarova also told Human Rights Watch that last week she, in her personal capacity, had applied for permission to hold a peaceful gathering in the center of Almaty on March 24, but was denied.

“March 24 is an important opportunity for Kazakh authorities to reverse their repressive course,” said Mihra Rittmann, Central Asia researcher at Human Rights Watch. “The authorities need to show that they can – and will – respect Kazakhstan citizens’ fundamental rights to peaceful assembly and free speech, rather than punishing critics and the political opposition.”

Starting on January 28, 2012, opposition activists have held protests in Almaty and other cities to voice grievances over rights abuses, including alleged fraud during the January 15 parliamentary elections. They have also protested the use of lethal force in Zhanaozen, and the arrests, intimidation, and harassment of opposition activists and journalists in the wake of the violence there.

Police officers stood by but did not interfere with a January 17 protest by OSDP in Almaty to contest the election results. Organization for Security and Co-operation in Europe (OSCE) observers said the election “did not meet fundamental principles of democratic elections.”

At the protest, the opposition party leaders called for a public rally in Almaty on January 28.  The following day, authorities fined party members for holding a public meeting without permission from the local authorities, a violation of the law on public assembly, under article 373 of the Code on Administrative Offenses. The law allows penalties of up to US$550 and up to 15 days of detention.

On January 28, approximately 1,000 people participated in an unsanctioned rally off to one side of the Palace of the Republic, after authorities blocked off the main square in front of the building. Participants called for an independent investigation into the Zhanaozen violence and for the release of detained opposition activists who were arrested on January 23 for alleged crimes in conjunction with their peaceful support of the striking oil workers in Zhanaozen.

Within hours of the rally’s conclusion, authorities detained Bolat Abilov, Amirzhan Kosanov, and Amirbek Togusov, opposition party leaders who had led the protest, and an administrative judge sentenced each to 15 days in detention for holding a public meeting without permission. Abilov was sentenced to an additional three days for allegedly showing disrespect after he refused to stand up before the judge at his hearing. Aspandiarova, the party’s presidium member, told Human Rights Watch that over the next few days approximately 10 others who had spoken publicly at the rally were also fined.

On the morning of February 25, authorities detained four opposition and civil society activists and two journalists in an apparent effort to prevent them from attending the public rally planned for noon that day in Almaty. At approximately 11:30 a.m. police detained Abilov and Kosanov outside the party office and took them into custody. That morning, police also detained another party leader, Zharmakhan Tuyakbai, as well as Bakhytzhan Toregozhina, a civil society activist, and two journalists, Bakhytgul Makimbay and Yermurat Bapi, as they were leaving their homes.

That evening, Abilov and Kosanov were brought before an administrative judge and given 15-day administrative sentences. The judge issued a warning to Tuyakbai, who is 64, apparently a gesture of leniency because of his age. The others were fined approximately US$550 each, for violating the law on public assembly concerning a rally they did not even attend.

“Rounding up activists in advance of a planned protest is a clear violation of freedom of assembly,” Rittmann said. “It’s outrageous that people were then fined for involvement in an unsanctioned protest they didn’t even attend because they were locked up by the police all day.”

The authorities ratcheted up their presence at the February 25 rally, with the numbers of police and security services far outweighing the total number of protesters. Based on video and photo material obtained by Human Rights Watch, at around noon, when the rally was due to start, officials from the city prosecutor’s office addressed the crowd, saying that the protest was unsanctioned and that people should disperse. The demonstrators refused, citing their constitutional right to assemble, and some became more vocal in expressing their demands.

Police then detained several protesters, carrying one away by his hands and feet. Hundreds of police officers then cordoned off the rally, as well as the areas immediately surrounding it, preventing others from joining.

Aspandiarova told Human Rights Watch that over a dozen others, including citizens unaffiliated with any opposition party, were detained at the rally and fined in the days following for participating in the unsanctioned public assembly.

The right to peaceful assembly is protected by the International Covenant on Civil and Political Rights (ICCPR), which Kazakhstan ratified in 2006, and which is enshrined in Kazakhstan’s constitution. Article 21 of the ICCPR states: “The right of peaceful assembly shall be recognized. No restrictions may be placed on the exercise of this right other than those imposed in conformity with the law and which are necessary in a democratic society in the interests of national security or public safety, public order, the protection of public health or morals or the protection of the rights and freedoms of others.”

Yet, in practice, public assembly in Kazakhstan is very tightly controlled. Anyone who plans a protest as small as a one-person picket must register with the mayor’s office 10 days in advance, and “[t]he application must specify the goal, form, and location of the assembly or its route of movement, the time of its beginning and end, the estimated number of participants, the names of authorized persons [organizers] and persons responsible for public order, place of their residence and work [study], and the application date.” Any politically motivated public meeting is likely to be denied a permit.

“It is not a crime to publicly criticize government officials, call for the release of jailed opposition activists, or call for an independent investigation into the violence in Zhanaozen,” Rittmann said. “The Kazakh authorities need immediately to stop throwing activists and others in detention for holding protests and making public speeches, and instead start acting like a government that respects human rights and the rule of law.”