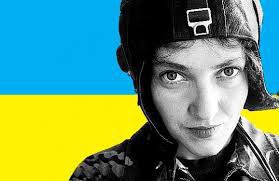 On February 13, 2015, human rights activists from the Open Dialog Foundation presented the “Savchenko list”. They appealed to impose personal sanctions on everybody involved in the case of the Ukrainian pilot.

The list features a few dozen Russian high officials, including President Vladimir Putin and the entire Russian PACE delegation.In their appeal to the leaders of NATO, PACE, the European Council and the European Commission, as well as President of Ukraine, Parliament of Ukraine and the Prime Minister, the activists demanded the imposition of personal sanctions against the persons on the “Savchenko list” and the punishment of those guilty of unlawful actions.

Thanks to consultations provided by Savchenko’s Russian lawyers and members of the human rights community, we decided to create the “Savchenko list”, following the pattern of the “Magnitsky list”. Persons involved in the kidnap and unlawful detainment of the Ukrainian pilot are to be punished – otherwise, a dangerous precedent of impunity will be created for Russian officials.

Bartosz Kramek, Chair of the Council of the Open Dialog Foundation, spoke about the struggle for Nadiya Savchenko taking place internationally:

The Polish department regularly disseminates reports on this case, prepared by our analysts, among the European media, NGOs and politicians. Europeans do not always have access to comprehensive information. Moreover, many of them are influenced by Russian propaganda. This is a powerful document, a basis for us, as a human rights organisation, to put pressure on the European community. We invite our colleagues and the media to use this list, too.

Anastasiia Chornohorska, coordinator of ODF’s projects, spoke about the principle on which the “Savchenko list” has been based:

There are four categories of persons which are included in the list. They are as follows: those responsible for political decisions in Savchenko’s case; those who fabricated evidence during the pre-trial investigation; those who took unlawful decisions on the basis of the fabricated evidence and those who financed all of this. The list consists of several dozens of people, including Bastrykin – Head of the Investigative Committee of Russia, Volodin – Chief of staff of the Presidential Administration of Russia, Plotnitsky – leader of the LNR, members of the Russian delegation in PACE who did not support Savchenko’s release, the Rotenberg brothers – millionaires financing the lobbyist network in Russia. The first person listed is Putin, the Russian president.

The human rights activists call for entry restrictions to be placed on the persons on the list to the member countries of the abovementioned organisations, the blocking of their access to their bank accounts and the seizure of their property, as well as the promotion of the investigation of the case and punishment of persons responsible for the kidnapping, arrest and imprisonment of Nadiya Savchenko.