Tomasz Czuwara from the ODF along with Agaton Koziński from Polska The Times on ‘Business and World’ of the TVN channel spoke about the concessive mission of Chancellor Angela Merkel and President Francois Hollande, who in Moscow, talked about the crisis in Ukraine behind closed doors.

“At some point, the whole world decided to isolate Vladimir Putin. We remember the G20 summit in Australia, when Vladimir Putin symbolically sat alone at the table. Today, not much has changed. Vladimir Putin is still the main sponsor of terrorism, at least in our part of the world. One cannot say that the decisions which have been taken since September have led to fewer victims in eastern Ukraine, or fewer civilians having to leave their homes. In the meantime, we have to breakout situation, as the leaders of the two countries, actually selected by Russia, are going to Moscow with some kind of offer”– Czuwara commented. 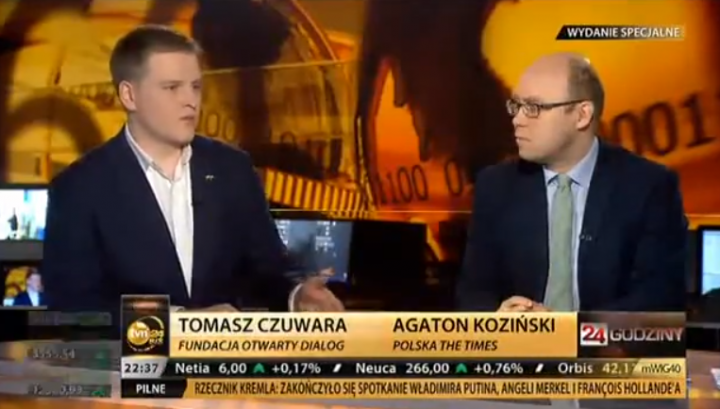