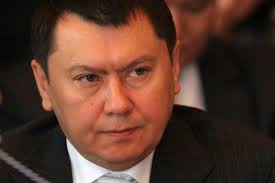 Relatives and associates of Rakhat Aliyev reject the suicide account

On the 24 of February, the media spread information about the death of Rakhat Aliyev, a famous politician who opposed the regime of Nursultan Nazarbayev. He was found dead in an Austrian Josefstadt prison in a solitary cell, where he had moved a few days prior on his own request. According to preliminary official conclusions, Rakhat Aliyev committed suicide; he hanged himself in a bathroom.

Relatives and defence attorneys Manfred and Klaus Ainedter doubt that Aliyev killed himself. Klaus Ainedter states that when he visited Aliyev on the 23 of February, there were no signs of danger of suicide and that Aliyev was awaiting an investigation and court proceedings.

Evidence exists which suggests Rakhat Aliyev had no intention of killing himself:

Moreover, Rakhat Aliyev warned that someone was going to kill him and that it was likely to happen in the showers in order so it would appear as a suicide.

Other political opponents of Nursultan Nazarbayev claim that the death of Rakhat Aliyev was not a suicide. Mukhtar Ablyazov says that Aliyev’s death was a murder. Muratbek Ketebayev also rejects the suicide version saying that Rakhat Aliyev was preparing for his court appearance and was confident of achieving positive results. Muratbek Ketebayev says that despite the fact that it is almost impossible to directly connect Nursultan Nazarbayev and Rakhat Aliyev’s death, he hopes that the Austrian investigation would be effective. Bulat Atabayev stated that this is an obvious murder which looks like suicide.

According to the Austrian media outlet “Haut” the body was found on the 23 of February, but according to all the other outlets, it happened on the 24 of February. Rakhat Aliyev’s wife Elnara Shorazova was informed of the death of her husband on the 24 of February. The Kazakh lawyer says that Rakhat Aliyev’s body can be transferred to Kazakhstan, however, almost all the relatives who kept in touch with him have now left Kazakhstan.

In 2007, a criminal case against him was opened and he was dismissed from all his positions. Firstly, Rakhat Aliyev was charged with kidnapping. Later, he was also accused of murder, treason for attempting a coup, money laundering and torture. In 2008, two Kazakh courts sentenced Aliyev to nearly 40 years’ imprisonment in absentia convicting him of plotting to overthrow the government and of organising a criminal group which abducted people. He was also divorced from Dariga Nazarbayeva in absentia. Kazakhstan issued an international warrant for his arrest.

Rakhat Aliev, Alnur Musaiev (former head of National Security Committee of Kazakhstan) and some other people were charged with the murder of two managers of “Nurbank” (Aibar Hasenov and Zholdas Timraliev). The bankers were kidnapped in 2006 and found dead near Almaty in 2011.

In 2013, Kazakh authorities also claimed that Rakhat Aliyev had ordered the murder of the leading opposition politician Altynbek Sarsenbayev in order to carry out a coup.

In 2007, Austria granted Rakhat Aliyev and Alnur Musaiev political asylum. Since 2007, when Rakhat Aliyev settled in Europe, he had frequently criticised Nursultan Nazarbayev. Rakhat Aliyev claimed that the case was politically motivated, in that Aliyev had expressed his intention to run in presidential elections. He wrote a book “Godfather-in-law” in which he disclosed details about the public and private life of Nazarbayev’s family, inside information which he had obtained when he occupied government positions and revealed the corrupt and criminal activities of the regime. In the book “Godfather-in-law 2” Rakhat Aliyev also described how Kazakhstan’s lobby operated in Austria. He regularly published information about Nazarbayev’s crimes, for example, about the murder of two witnesses of the Zhanaozen tragedy: brothers Bergey and Amanzhan Ryskaliev.

In 2008, an attempt was made to assassinate the political refugees Rakhat Aliyev and Alnur Musayev, as a result, Alnur Musayev was seriously wounded and was taken to hospital, Rakhat Aliyev suffered only minor injuries. On the basis of the results of the investigation, Austrian prosecutors put forward the theory that the security forces of a foreign state were involved in the assassination attempt.

While Rakhat Aliyev lived in Europe, Kazakhstan repeatedly requested his extradition. Austrian courts refused the requests due to the human rights situation in Kazakhstan on two occasions.

In 2011, Austria opened its own investigation into Rakhat Aliyev. In March, 2013, the Supreme Court of the Federal Land of Vienna confirmed the validity of charges against Aliyev regarding his involvement in the murders of Aibar Hasenov and Zholdas Timraliev as well as illegal money laundering abroad, whilst rejecting the assertion that the case was politically motivated.

In June, 2014, he went voluntarily to Vienna from Malta in order to take part in the investigation conducted by Austrian authorities. Since that time, he had remained in custody. In December, 2014, Aliyev was charged with the murders of two bankers by Austrian prosecutors.

It is extremely noteworthy that in 2013, the Prosecutor’s Office in Vienna opened a criminal case against former Chancellor Alfred Gusenbauer and lawyer Gabriel Lansky, charging them with the illegal collection and transmission of information regarding Aliyev’s case to Kazakhstan’s authorities.

In this case, we can make an analogy with the death of Boris Berezovsky, the Russian businessman who was opposed to the regime of his motherland. He was found dead in a bathroom; the official reason given for his death was suicide.

A tendency can be observed that prior to impending elections in Kazakhstan, political opponents suffer, because they make important facts about Nazarbayev’s regime public, in particular with regard to cases of corruption and political repressions. For example, in 2005, three weeks prior to elections, Zamanbek Nurkadilov was found dead with two gunshot wounds to the chest and one shot to the head; the official version given was suicide. Within a year, Altynbek Sarsenbayev was also found dead having suffered gunshot wounds. That is why the case of Rakhat Aliyev gives grounds to suggest that the safety of such politicians as Mukhtar Ablyazov, who remains in custody awaiting a decision on his extradition, and Muratbek Ketebayev is questionable. Both of them criticised Nursultan Nazarbayev and his associates, gave evidences about the fabrication of criminal cases against them and provided information about other illegal activities of the current Kazakh regime.

We also urge Spanish and French authorities to take into account the fact that Poland recognised the charges against Muratbek Ketebayev as politically motivated, and to pay attention to evidence published in the media that the politically motivated case against Mukhtar Ablyazov was fabricated by Kazakhstan with the illegal cooperation of Ukrainian and Russian investigative authorities. Due to the fact that Kazakh authorities have, once again, started to physically eliminate political opponents, we call for the urgent provision of proper security to Mukhtar Ablyazov in France and to Muratbek Ketebayev in Spain.