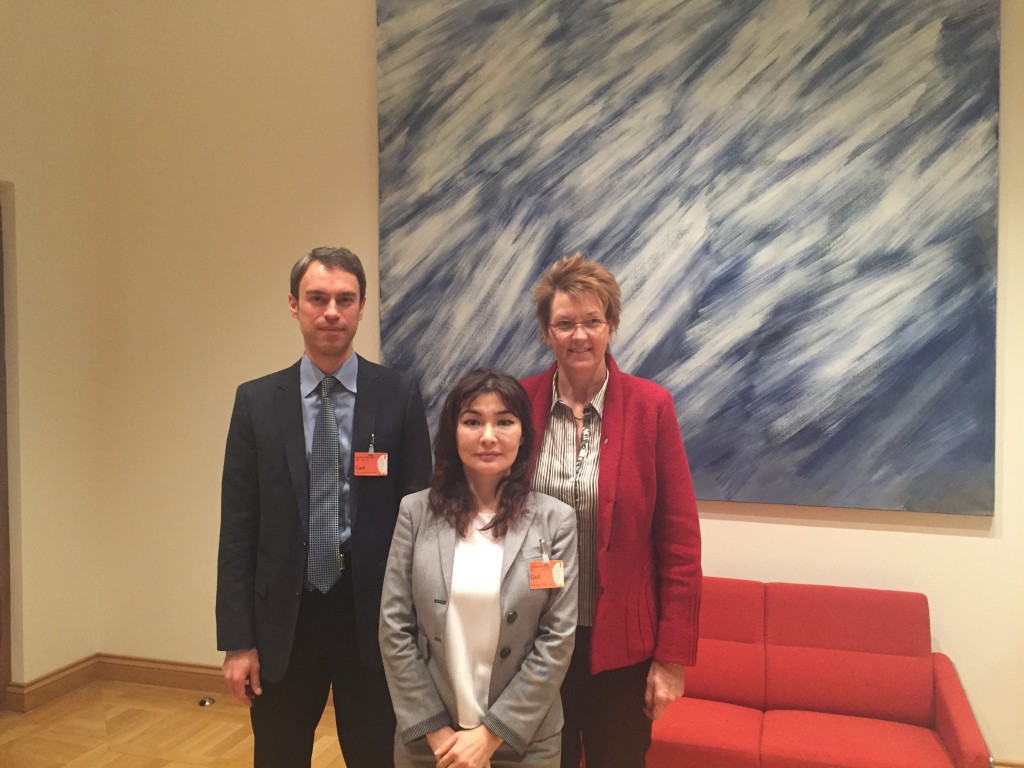 On Friday 27 February, 2015, in the German parliament Bundestag in Berlin, the Open Dialog Foundation presented its newest report „The Interpol system is in need of reform”.

The presented report is dedicated to the topic of misuse of the International Criminal Police Organization (Interpol) by non democratic states in order to persecute their political opponents, and thereby the need for more transparent and human rights oriented procedures and mechanisms.

The event was organised by the Open Dialog Foundation, and hosted by Mr Frank Schwabe, MP from the Social Democratic Party of Germany (SPD). The speakers of the conference were: Mrs Lyudmyla Kozlovska, President of the Foundation; Mr Wojciech Mądrzycki, lawyer specialising in refugee law and two victims of the misuse of the Interpol system – Mrs Alma Shalabayeva, wife of a Kazakh political oppositionist Mr Mukhtar Ablyazov and Mr Pavel Zabelin, Russian entrepreneur involved by investigative authorities in the Yukos’ case of Mr Mikhail Khodorkovsky in the Russian Federation. The conference was attended by other German MPs, parliamentary advisers and assistants and representatives of a number of diplomatic missions in Berlin.

It is important to underline that another German MP, Mr Bernd Fabritius from the Christian Democratic Union of Germany (CDU) was elected in October 2014 as the Council of Europe Parliamentary Assembly’s rapporteur on the reform of Interpol, while the current Interpol’s Secretary General is Mr Jürgen Stock, former Vice-President of German Federal Criminal Police (BKA).