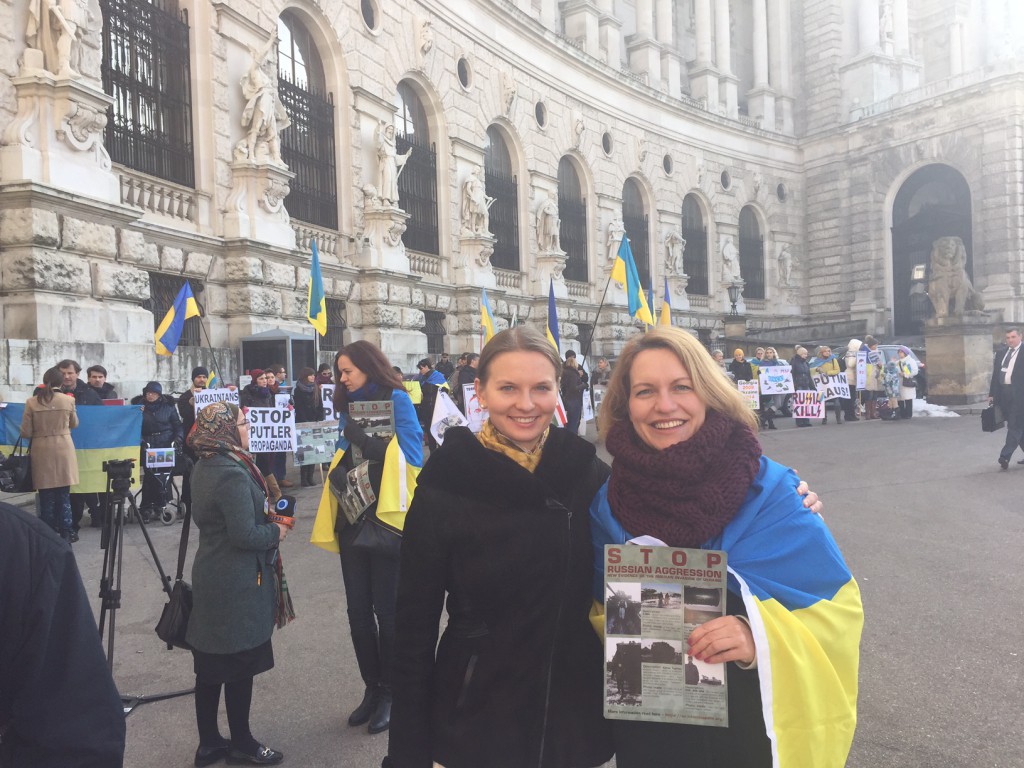 On 18-20 February 2015, the Open Dialog Foundation’s delegation participated in the Organization for Security and Co-operation in Europe Parliamentary Assembly’s (OSCE PA) Winter Meeting in Vienna. One of the three annual meetings focused on the rights of migrants and refugess.

Delegation of the Foundation: Mrs Lyudmyla Kozlovska, President; Mrs Irina Petrushova, journalist of the independent “Respublika” newspaper; Mr Artur Trofimov, Russian entrepreneur and a victim of the misuse of the Interpol system by the Kazakh authorities and Mr Tomasz Kłosowicz, Advocacy Officer, met with OSCE PA delegates, diplomatic missions of the member states to the OSCE, as well as the OSCE representatives and local journalists.

The discussed topics included the misuse of the Interpol system by non democratic states, the current situation of internal displaced persons (IDPs) in Ukraine, as well as the freedom of speech and media in Kazakhstan.

Moreover, a protest of the Ukrainian community in Austria and an event calling for the release of Ms Nadiya Savchenko, Ukrainian pilot and a member to the Ukrainian parliament were held in Vienna at the occasion of the last OSCE PA session. Ms Savchenko has been illegally arrested, transferred and detained in Russia. In a protest against her illegal detention, she has started a hunger strike in December 2014. Her health and life is in danger as she has been refusing to eat for over 83 days now.

The Foundation was present at the OSCE PA meeting upon the invitation of Ms Isabel Santos, Portuguese MP and the Chair of the General Committee on Democracy, Human Rights and Humanitarian Questions.