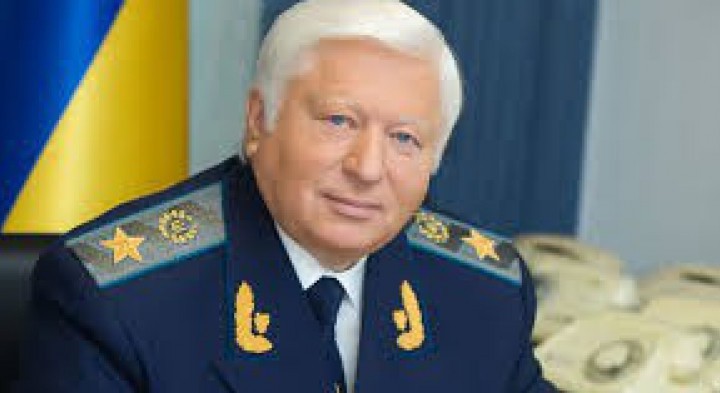 A regime prosecutor is still receiving his pension? A quick response from the ODF and Jehor Sobolev

The President of the Open Dialog Foundation, Lyudmyla Kozlovska, posted on her Facebook page new information about the former Prosecutor General of Ukraine from the times of Yanukovych, Victor Pshonka. It turns out that Pshonka, who has been in hiding for nearly a year now  – suspected of many offences, including numerous abuses during the Maidan protests – has been receiving a special pension until now.

A response to the information was also provided by the deputy to Ukraine’s Verkhhovna Rada Jehor Sobolev (currently Chairman of the Parliamentary Committee on Preventing and Combating Corruption, and one of the initiators of the lustration in Ukraine), who made a parliamentary inquiry with the Ukrainian Pension Fund and Ukraine’s Prosecutor’s General Office to request details of the procedure which was followed in respect to Pshonka’s pension and the extent, type and legal grounds for his retirement benefit.

In accordance with Ukrainian legislation, the special pension is denied, amongst other things, in the case of a dismissal from work on disciplinary grounds. In fact, being Yanukovych’s right hand man, Pshonka subordinated the whole of the prosecutor’s office to the authoritarian regime. And in that connection, we ask: is a pension paid to those who commit a regular breach of the rules? Instead of doing away with the overthrown regime, the new Ukrainian authorities seem to be showing him favour. Recently, the former head of a faction in the Party of the Regions, Yefremov, has recently been released, and the cases opened against three employees of the Berkhut (one of whom has escaped) have been protracted and extended.

Shokin, the new Prosecutor General – considered to be Poroshenko’s man – has a lot to do. He started his term of office vigorously, thus supressing the wave of criticism against his nomination. However, firm, systematic action is needed – only by such means can Shokin prove which side he is on. His responsibilities also include holding his predecessors accountable.

Let us recall an issue which remained unsettled for a long time in Poland related to the exceptionally high retirement pensions of former Security Service employees which were in stark contrast to the low pensions of the members of the former anti-Communist opposition. This would appear to be very similar to the situation regarding the pensions of former officials of the Ukrainian regime and the problems faced by the families of soldiers who perished in the ATO zone in getting their allowances.