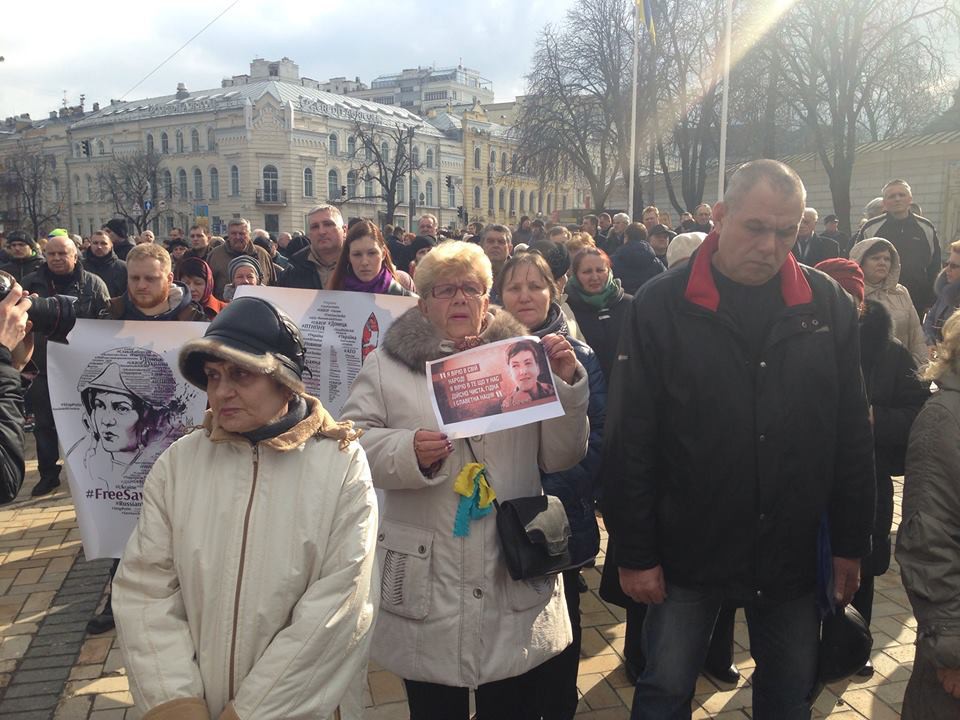 The All-Ukrainian Union ‘Batkivshchyna’ [‘Fatherland’] supported the ‘Savchenko List’, created by our experts.This information was aired during a rally outside the Russian Embassy in Kiev by Member of the  Verkhovna Rada from the ‘Fatherland’ Ivan Krulko. The party, whose number one member is Nadiya Savchenko, narrowed the list to 35 people and promised to pass it through official channels to the embassies of the US and the EU, as well as to the representative office of the European Commission. ‘Fatherland’ stated it would seek recognition of the list and imposing personal sanctions on anyone who included in it.

The Open Dialog Foundation urged other representatives of Ukrainian authorities to support and implement the ‘Savchenko List’. In particular, human rights activists appealed to the President of Ukraine Petro Poroshenko, Foreign Minister Pavel Klimkin, Verkhovna Rada Chairman Volodymyr Groisman, Chairman of the Committee on Foreign Affairs Anna Gopko, Chairman of the Committee on Human Rights, National Minorities and International Relations Grigoriy Nemyrya and Chairman of the Committee on National Security and Defence Sergey Pashinskiy. ‘Open Dialog’ called on the state leaders to analyse the list and send it for implementation to the international organisations, such as: the UN, PACE, NATO Parliamentary Assembly, Council of Europe and the European Commission.

A complete list of persons included in the ‘Savchenko List’, as well as the principles on which it has been developed, can be found at the following link: odfoundation.eu.