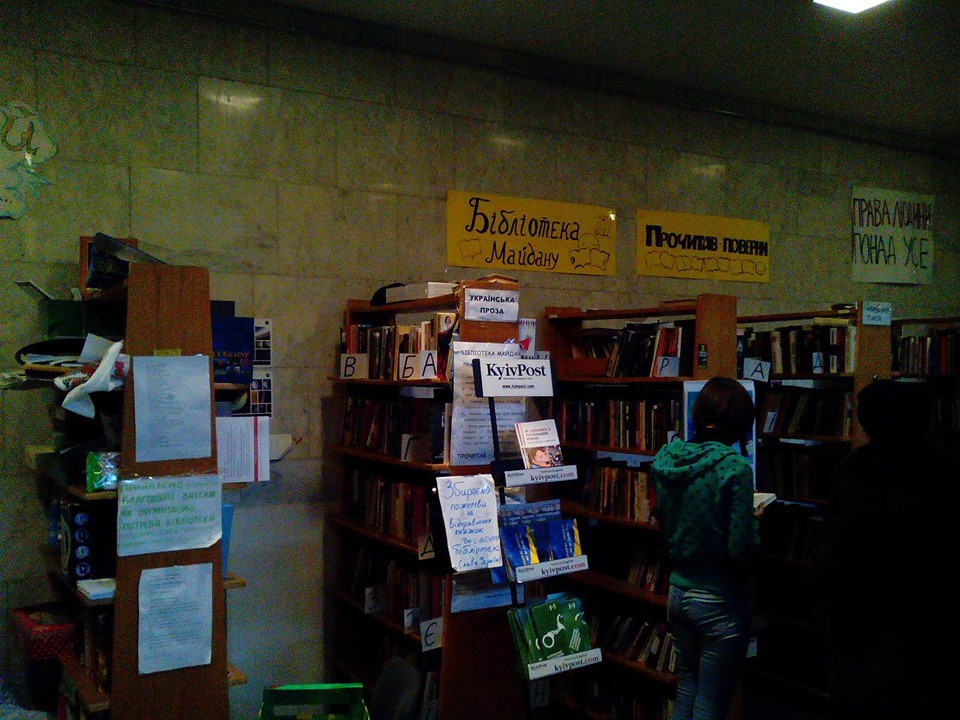 The Maidan Library will have its branch in the Ukrainian World

The Maidan Library is a social initiative of the Dignity Revolution participants who established it in the Ukrainian House in January 2014. It soon became a major landmark on the Maidan map, a centre of debates and exchanges of ideas. It was part of the cultural revolution and its shelves were no less important that the barricades on Hrushchevskeho Street or Instytutska Street.

Currently, the Maidan Library is functioning as a community organisation engaging in cultural and educational activities. It is promoting readership and facilitating book exchanges. It sets out goals in the pursuit of the development of a democratic civil society and the revival of the Ukrainian identity.

At the beginning of 2015, the Open Dialog Foundation established close cooperation with the Maidan Library creating jointly the “Maidan Library. Warsaw”, a place where Poles and Ukrainians living in Poland can find a wide range of publications on the Dignity Revolution, the conflict in the East of Ukraine and, more broadly – any works on Ukrainian history, politics and culture, both in Polish and Ukrainian. It may also be extended to include publications in other languages.

It is our hope that the Warsaw branch of the Maidan Library becomes a place for open discussions and debates; to host numerous cultural events which will provide a deeper insight into the Ukrainian identity and the need for integration between our nations.

We are now developing space for archiving and presenting books in the “Ukrainian World” centre at Nowy Świat 63. Thanks to the kindness of the Maidan Library, we already have 23 books which have reached us straight from Kiev, including poetry, prose and a cartoon with caricatures. A translation into Ukrainian of Jerzy Pilch’s book “Pod mocnym aniołem” will be available too. Soon, the Kiev library will be extended to include Polish publications.