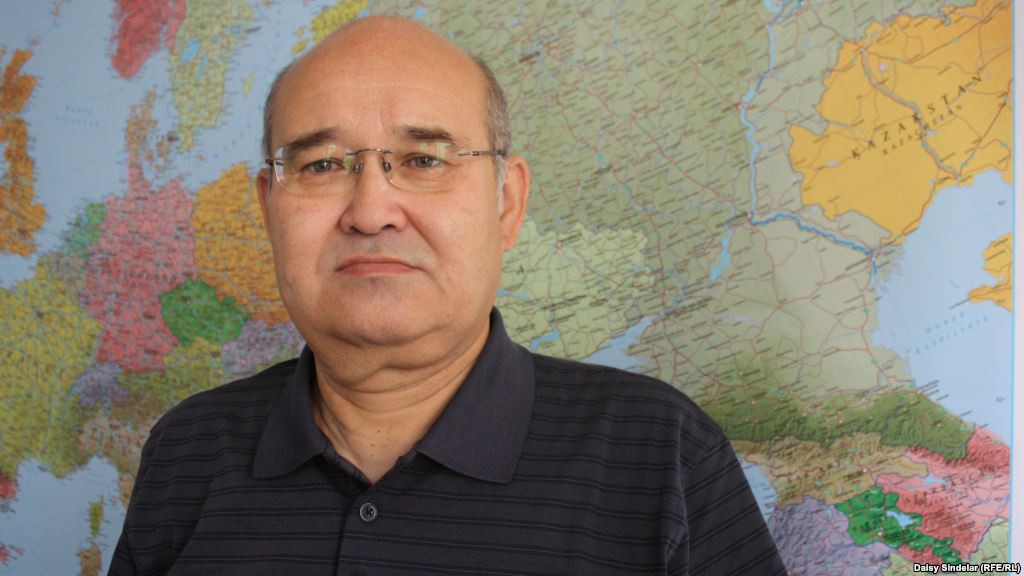 Muratbek Ketebayev left Spain and went back to Poland. Spain rejected the Kazakh request for extradition

11.03.2015 Muratbek Ketebayev left Spain and went back to Poland, where since December 2013 he has a refugee status. It ended the procedure, through which the regime of Nursultan Nazarbayev tried to obtain Ketebayev’s extradition from Spain to Kazakhstan.

I am very happy that the Spanish Ministry of Justice decided to close the case without sending the extradition request to court – said Muratbek Ketebayev after receiving the decision. I was sure that Spain would decide in my favour. Along with the recent decision to grant political asylum to Alexander Pavlov, it is a clear sign that Spanish people and media saw the real face of the Kazakh regime. We now have to fight for the same thing in France, in order to save Mukhtar Ablyazov from Nazarbayev and his closest ally, Putin – he added. 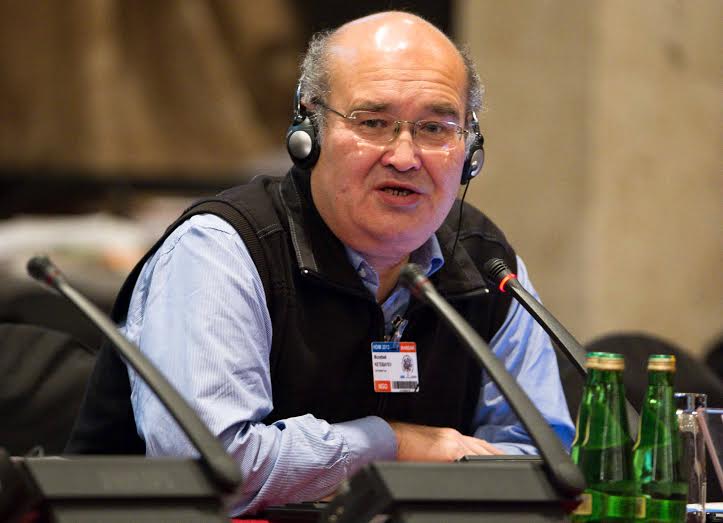 Co-founder of the Alga!

He sought the support for the striking oil workers in Zhanaozen. He was accused of preparing terrorist attacks in Almaty in 2012. On 9the December 2013, he was granted refugee status in Poland.

28.12.2014 r. Ketebayev got detained in Spain on the basis of an Interpol Red Alert, the same, which was at the basis of his brief detention in Poland in June 2013 (Polish authorities promptly recognised the political nature of the persecution and subsequently decided to grant Ketebayev with a refugee status). Initially, the Spanish court did not take into account that the Kazakh dissident had a “Geneva passport”. Ketebayev, as “a person that claims to be a dissident”, was placed in a Soto de Real detention facility, near Madrid.

The Red Alert alluded to Ketebayev’s responsibility for inciting social hatred in Zhanaozen in 2011. In reality, he was supporting the oil workers, at strike in 2011 over unjust conditions of work and lawlessness of the company’s leadership. The strike was bloodily suppressed on 16.12.2011. Following the tragic events in Zhanaozen, Kazakh authorities started a long-term campaign against political opposition and independent media, which lasts till today.

On 15.01.2015, following an intervention of the Polish Embassy in Madrid, the Spanish court decided to conditionally release Ketebayev pending trial.

Kazakh authorities hired Spanish lawyers, who were to support the accusation, in the view of the expected trial. Kazakhstan filed documentation with accusations brought against Ketebayev by the Kazakh prosecution in the open cases against him from 7.07.2009, number 09751701710008, and from 2.08.2010, number 10755170710045. Unlike the Red Alert request, this document did not contain any mention of the Zhanaozen events. In Spain, Zhanaozen strikes are known to be a purely political case and would, therefore, have no possibility to gain credibility at court.

Instead, the documents cite accusations of crimes under art. 28, p. 5, art. 176, p. 3, points a, b of the Penal Code of the Rep. of Kazakhstan (collaboration at the repeated misappropriation of large sums of money, abuse of power and participation in an organised criminal group), as well as art. 325, p. 2 of the PC of the Rep. of Kazakhstan – forgery of a public document by a group of people working in collusion. According to the accusations, Ketebayev was to come into possession of a forged passport in 2010, contribute to the 5 billion $ losses of the BTA Bank, between 2005-2009, as a result of the participation in an “organised criminal group” headed by Ablyazov, and in February and March 2009, help the wanted BTA employees flee to Russia and Kirgizstan.

After having received the documents from Kazakhstan, the Spanish Ministry of Justice – recognising the political motivation of Ketebayev’s persecution, as well as the inconsistency of the potential extradition with the Geneva Convention from 1951, decided not to send the case to court and close it before the trial.

After having received the documents from Kazakhstan, the Spanish Ministry of Justice – recognising the political motivation of Ketebayev’s persecution, as well as the inconsistency of the potential extradition with the Geneva Convention from 1951 (the non-refoulement rule), decided not to send the case to court and close it before the trial. At the same time, based on a request from the Ministry of Justice, Ketebayev’s name was taken off the Spanish database of persons wanted by Interpol. On 9.03.2015, Ketebayev was handed back his passport and on 11.03.2015 he returned to Poland.

The Open Dialog Foundation welcomes the decision of the Spanish Authorities. Following the decision in Aleksander Pavlov’s case, it is a yet another signal that Spain stood on the side of human rights and remained faithful to the values that lie at the basis of Europe.

At the same time, the Foundation appeals to the authorities of France, which will be deciding on a potential extradition of Mukhtar Ablyazov to Russia or Ukraine, to consider decisions taken by other EU member states, including the recent ones taken by Spain, by which they decided to protect other dissidents from Kazakhstan, accused along with Mukhtar Ablyazov. These countries clearly underline in their decisions the political character of the accusations brought against the dissidents, as well as the high risk that an eventual extradition to Kazakhstan, Russia or Ukraine would carry.

It is also noteworthy that Kazakh authorities, in a common practice, present false and groundless accusations against those ‘uncomfortable’ to the regime, based on what they believe could gain more credibility internationally. We, therefore, urge the French authorities to closely consider this fact, along with information disclosed already by international media, indicating that the case against Mr Ablyazov in Russia and Ukraine has been falsely created by Kazakhstan.