Kidnaping and assassination of Volodymyr Rybak: terrorists have cruelly dealt with a member of Horlivka City Council

Terrorists in the east of Ukraine kidnapped and brutally assassinated a member of the Horlivka City Council, ‘Euromaidan’ activist, Volodymyr Rybak. In the city, occupied by terrorists, he maintained his active pro-Ukrainian position for which he was killed. The Horlivka police officers who switched sides to join the armed rebels are also implicated in the kidnaping. Investigation into the circumstances surrounding the kidnaping and death of Volodymyr Rybak, is, in fact, carried out comprehensively by his wife, Olena.

The kidnapping of Volodymyr Rybak, aged 42, took place on 17 April, 2014 during the rally of supporters of the so-called ‘Donetsk People’s Republic’ (DPR) near the building of the Horlivka City Council (in Donetsk Province). The member of the City Council made an attempt to tear down the flag of the self-appointed republic from the building of the City Council, and subsequently, he was kidnapped by unidentified perpetrators. Several days later, on 19 April, 2014 ,on the bank of the Torets river, not far from Slavyansk (Donetsk Province), the bodies of two men with signs of cruel torture (the bodies had numerous injuries, the stomachs of the men were cut open, and sacks filled with sand were tied to their backs) were discovered. According to the expert opinion, the death was caused by “combined body injures resulting from torture, and a subsequent drowning of the victims who were still alive”. The identity of the victims was established only a few days later. As it transpired, one of them was Volodymyr Rybak. The second victim is Yuriy Popravko, aged 19, the student of Kyiv Polytechnic Institute (KPI), kidnapped few days earlier by rebels near Sloviansk . 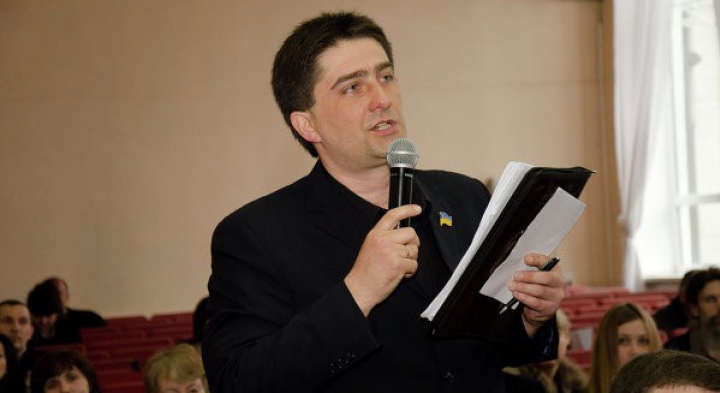 Since April 2014, ‘separatist’ (pro-Russian) movements have begun to intensify their activities in Horlivka and other cities of Donetsk and Lugansk Provinces. Quite Frequently, more than 5 thousand people gathered at the pro-Russian rallies near the building of the City Council. Simultaneously, the most unrelenting pro-Ukrainian stand in the city was proclaimed by the member of the City Council from the Batkivshchyna [‘Fatherland’] party, Volodymyr Rybak. He actively defended the territorial integrity of Ukraine and repeatedly accused the city authorities and law enforcement agencies of supporting the separatist sentiment in Horlivka .

Before long, due to his active pro-Ukrainian position, Volodymyr Rybak has become subjected to oppression by DPR supporters. During the period between 13 April, 2014 and 17 April, 2014, several attempts to kidnap him were undertaken:

Clarification of the circumstances surrounding the kidnapping and assassination of Volodymyr Rybak: citizens of the Russian Federations and Horlivka police officers are implicated in the case. 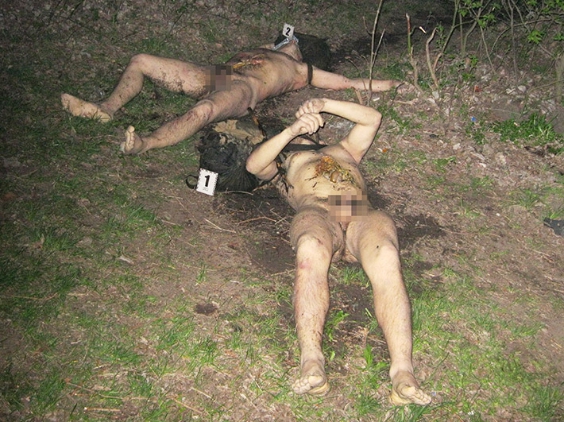 The Ministry of Internal Affairs of Ukraine stated that representatives of the terrorist group led by Vyacheslav Ponomaryov , who was self-appointed Mayor of the city Slavyansk for a certain period of time (in Donetsk Province) are implicated in the assassination of Volodymyr Rybak and Yuriy Popravko. According to the Security Service of Ukraine, the order to kill Volodymyr Rybak was given by lieutenant-colonel of the Russian Main Intelligence Directorate of the General Staff of the Armed Forces, Igor Bezler (aka ‘Bes’). Another Russian citizen, Igor Girkin (aka ‘Strelkov’), is also implicated in the murder of Volodymyr Rybak. Igor Girkin is one of the leaders of the self-appointed ‘Donetsk People’s Republic’, at the moment of the murder of Volodymyr Rybak, he was the leader of terrorist groups in Slavyansk. Previously, he was one of the leaders of separatists in the Crimea. Moreover, according to the Security Service of Ukraine, Igor Strelkov was a member of a sniper’s group in Independence Square during the shooting of protesters .

On 24 April, 2014, the Security Service of Ukraine revealed the record of a telephone conversation between Igor Strelkov, Igor Bezler and the self-appointed Mayor of Slavyansk, Vyacheslav Ponomaryov. From the record it follows that it was Ponomarev, who was responsible for concealing the corpse of Volodymyr Rybak .

The case of kidnapping and assassination of Volodymyr Rybak should be investigated by the police of Horlivka, but the city is under control of terrorists. The police has also joined their side; therefore, there is no investigation pending in that case. In this connection, Olena Rybak intends to clarify the circumstances surrounding the death of Volodymyr Rybak. She managed to obtain information that the police may also have been involved in kidnaping her husband. She also became aware of the fact that Volodymyr had been held in the basement of the Horlivka Office of Internal Affairs. It was also reported to her that the original protocol drafted by the police officers in connection with Volodymyr Rybak is fabricated and contains unreliable data.
According to the Security Service of Ukraine, the Horlivka police is, indeed, linked to the kidnapping of Volodymyr Rybak. The Security Service of Ukraine claims that on 17 April, 2014, Igor Bezler instructed Alexandr Schulzenko, the Horlivka police commandant, to ‘neutralise’ Volodymyr Rybak .

Apparently, officers of the Horlivka police along with pro-Russian rebels were involved in the kidnaping the member of the City Council. Shortly after the kidnapping, Volodymyr Rybak was transferred to Slavyansk, where he was killed by representatives of Vyacheslav Ponomaryov’s terrorist group.

On 23 April, 2014, Olena Rybak was forced to embark on a solitary trip to Slavyansk, where her husband’s corpse was kept in the city mortuary. Local law enforcement agencies suggested that she “identifies the corpse solely based on a photography”. Olena refused to do so, as she wanted to see what exactly had happened to Volodymyr. After strenuous efforts and negotiations with employees of the mortuary in Slavyansk, the wife of Volodymyr Rybak was permitted to take her husband’s body. At that time, the city was under control of pro-Russian rebels. Due to a great danger for Olena’s life if she were recognised by terrorists, the body of Volodymyr was transported as unidentified.

The fact that an hour after the transfer of documents containing the cause of death were passed Rybak’s wife, rebels questioned the forensic examiner who had delivered the expert opinion, the head doctor of the mortuary and the investigator, shows that Rybak’s case evoked special interest of the terrorists.

On 24 April, 2014, Volodymyr Rybak’s funeral was held. After the funeral, Volodymyr’s former associates (names withheld for security reasons) promised Olena their assistance in the search for the perpetrators responsible for the kidnapping and killing of her husband. One of the DPR supporters (name withheld) was summoned for questioning by the officers conducting the investigation who were hoping to receive details pertaining to the kidnapping of the member of the City Council. Following the interrogation, one of the leaders of terrorists, Russian secret service officer phoned one of the investigators. He demanded that the investigators come to meet with him to the police station (where the terrorist headquarters were established); at the same time, he promised that they would not be in danger. Two police officers went to the police station. They were captured there and placed in the basement, which was flooded with blood, which may indicate that people were subjected to torture in the basement. Moreover, it is likely that Volodymyr Rybak was held there earlier. After the police officers were released (having been threatened with retaliation), one of them met with Olena Rybak and stated that they cannot continue the investigation and they are forced to leave the city along with their families.

Olena Rybak along with her children was also compelled to leave the city of Horlivka for security reasons.

The spectacular assassination of Volodymyr Rybak and Yuriy Poprawko was conducted with extreme cruelty in order to intimidate pro-Ukrainian activists in the east of the country and discourage them from any actions of protests against terrorists.
There is reason to believe that officers of the Horlivka police who joined the side of the so-called ‘Donetsk People’s Republic’ supporters and collaborated with terrorist groups, are implicated in the kidnapping of Volodymyr Rybak. The collaboration of the police and terrorists is characteristic for the cities controlled by armed rebels.

The leaders of the terrorists, Russian citizens, Igor Bezler and Igor Girkin who are officers of the Russian Main Intelligence Directorate of the General Staff of the Armed Forces, are implicated in the murder of Volodymyr Rybak and Yuriy Popravko. Thus, Russia bears responsibility for terrorist actions in the east of Ukraine. Russia violates the International Convention for the Suppression of the Financing of Terrorism and International Convention Against the Taking of Hostages by supporting and financing terrorist actions.

The Open Dialog Foundation hereby calls on the Security Service of Ukraine to take all possible steps in order to promptly clarify the circumstances surrounding the kidnaping and assassination of Volodymyr Rybak, as well as to bring to justice all the perpetrators.
Also, we hereby call on the international community to introduce new sanctions against the Russian Federation which supports terrorist activities in the east of Ukraine.