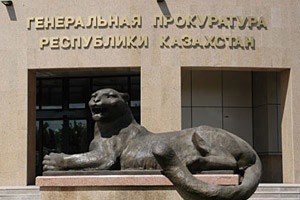 Press-release of the Prosecutor General of the Republic of Kazakhstan 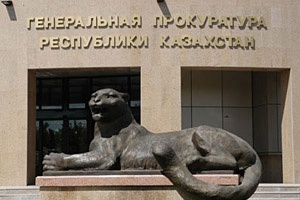 General Prosecutor of the Republic of Kazakhstan announced that March 24, 2012 the National Security Committee of Kazakhstan prevented at the stage of preparing acts of terrorism in the city of Almaty.

The organizer of the planned terrorist attacks is a citizen of the Republic of Kazakhstan Alexander Pavlov, born in 1975, since 2009 hiding abroad from law enforcement agencies of Kazakhstan.

Since 2005 Pavlov has been a head a personal protection the former head of “BTA Bank” Mukhtar Ablyazov, sought by law enforcement agencies of Kazakhstan, performs his confidential instructions.

In particular, Alexander Pavlov, provided assistance to Mukhtar Ablyazov in the embezzlement of BTA Bank’s funds in a large scale, and in February 2009 organized the evacuation of the Ablyazov’s personal archives and hard drives from the computers of the Corporate Business Office of the BTA Bank, after which he left for Great Britain and until now did not enter Kazakhstan.

In April 2010 in respect of Pavlov criminal investigation was initiated into the embezzlement or misappropriation of entrusted property of others (Part 3. Art. 176 of the Criminal Code of the Republic of Kazakhstan), in August 2010 he on the wanted list.

In collusion with him acted one of the leaders of the unregistered party “Alga” Ketebaev Muratbek, who is the closest confidant of Mukhtar Ablyazov and who also permanently lives abroad.

They had developed the plans to organize acts of terrorism and extremism since September 2011.

It was established that in early March 2012, they instructed their accomplices to carry out a series of explosions  in public places, including the park areas and office buildings around the city of Almaty in March 24.

In particular, Pavlov personally gave instructions to the accomplisher to organize an explosion in the “Femeli” Park behind the “Sary Arka” theater in Auezovsky area and lay explosive devices at pedestrian crossings along the Al-Farabi avenue.

For the organization of terrorist attacks Pavlov was allocated funds in the amount of 25,000 U.S. dollars, out of which the accomplisher was given 15 thousand dollars. The remaining 10,000 were agreed to be paid after the terrorist attacks.

During the operational investigative activities, it has been revealed that the main purpose of terrorist attacks was to intimidate the population, create an atmosphere of chaos and panic, destabilize social and political situation in the country.

On this fact, a criminal case was filed under part 1 of Article 233 (“Terrorism”) of the Criminal Code of the Republic of Kazakhstan.

As a part of the investigation, the police received information about the above-mentioned persons attempting to establish contacts with representatives of radical religious groups, including those from abroad, in order to commit terrorist attacks in Kazakhstan with them, as well as foment a conflict on religious and ethnic grounds.

An investigation is underway. A number of individuals are currently detained and interrogated.Other information was not disclosed in the interests of the investigation.