Soldiers stationed on the front line received camouflage cloaks from the Open Dialog Foundation. Although a ceasefire has been effective in the ATO zone for a month now, it is not being respected: Ukrainian positions are under fire from guns and mortars. While the Ukrainian side, in accordance with the agreement, is withdrawing heavy artillery, reconnaissance reports have detailed the further accumulation of forces on the side of the enemy. Therefore, soldiers who are stationed on the front line do not hold out hope for a long-term ceasefire. They are convinced that camouflage cloaks will come in handy even in the coming spring – all the more so as in the areas where they are stationed, snow is not uncommon even at the beginning of May. 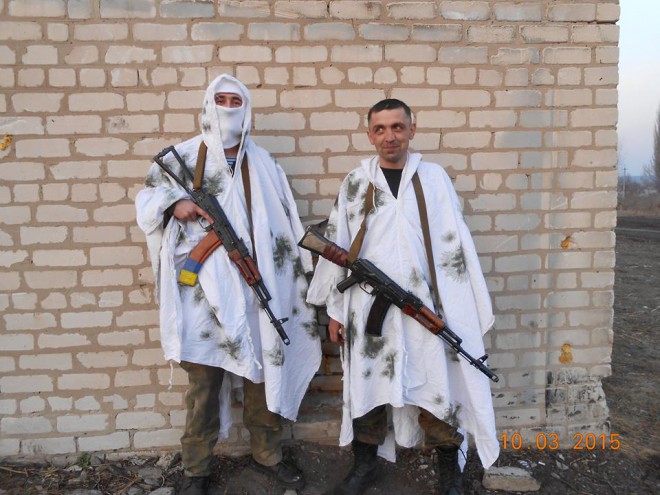