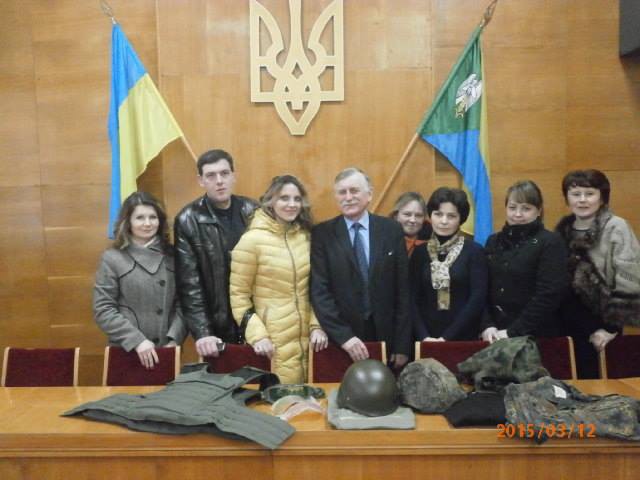 As part of the ‘the bulletproof’ action, we sent two packages from Kiev for soldiers conscripted to military service. The packages contained helmets, bulletproof vests, tactical goggles and other items, necessary for the front line. Currently, men are staying at their homes in western Ukraine. Soon, they are to set off to the east; to the ATO zone.

The first set has already been transferred to a new owner – Mr. Panas from the town of Horodenka, an employee of a child affairs department of the district administration, who will soon begin his service in the vicinity of Mariupol.

Within the package, we included a shirt depicting the popular band ‘Okean Elzy’ and the uplifting slogan “I will not give up without a fight” – the title of one of the band’s songs which has now acquired a new meaning. One set will be delivered to Horodenka, the second – to Zhydachiv.

In response, the Foundation received a letter of gratitude: “We offer our heartfelt thanks to the Polish Open Dialog Foundation for their support of Ukrainian soldiers who, in this difficult time, defend our borders and the native territories of our country from our neighbour-aggressor”.