The guests of a special edition of TVP Info were Bartosz Kramek, Chairman of the Open Dialog Foundation and Michał Dworczyk from the Freedom and Democracy Foundation. Besides the concluded truce, commentators also referred to the dubious unanimity of the Member States of the European Union.

Even before the armistice was signed, it was obvious that it was only an act of diplomacy, and that the agreement would not be observed – Kramek noted. He also drew attention to the breakaway of some countries, such as Hungary, from the common front of NATO and the EU. In his opinion, Poland should mark its subjectivity all the more so now. 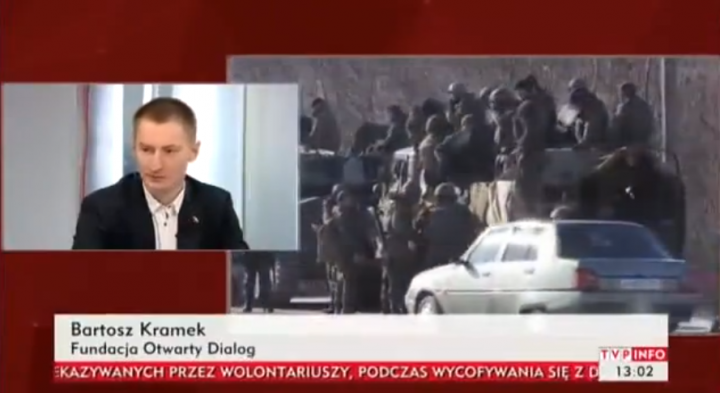