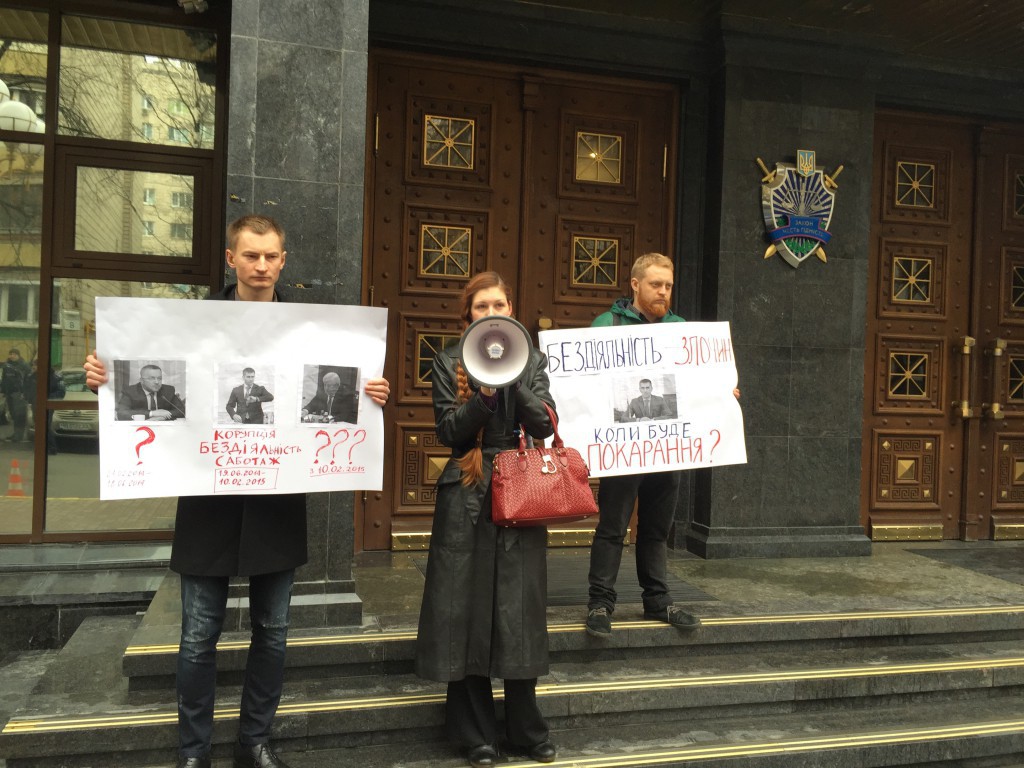 Representatives of the Open Dialog Foundation have filed a claim calling for criminal proceedings to be initiated against former General Prosecutor Vitaliy Yarema. This is the second application to be submitted to Viktor Shokin calling for the institution of criminal proceedings against the former General Prosecutor of Ukraine, V.G. Yarema who is suspected of committing an offence under Article 367, Section 2 of the Criminal Code of Ukraine (‘neglect of duty’). Representatives of the Foundation previously registered applications regarding Vitaliy Yarema’s negligence during his tenure as General Prosecutor on 19 February, 2015.

Human rights activists have described incidents, during the era of Vitaly Yarema, in which the GPU failed to properly conduct pre-trial investigations in relation to members of the Yanukovych regime. Some amongst them are able to avoid EU sanctions as they were not declared suspects. Human rights activists stressed the inadequate quality of international prosecution of Yanukovych’s associates and the failure to seize their property, and also highlighted the audacious disregard for the requirements of the Law ‘On lustration’ of Ukraine.

A representative of the Georgian reform team in the Ukrainian authorities, David Kizir, met with the protesters. At the meeting, they discussed the current problems as regards the reform of the prosecutor’s office in Ukraine and opportunities for cooperation between the prosecution authorities and civil society organisations.

“Impunity is among the key factors that give rise to bureaucratic arbitrariness and corruption in Ukraine. Impunity depraves both sides – criminals and society, reducing the credibility of the state and the law. Being aware of the obvious violations, we not only have the right, but also the duty to respond. If the reason for Yarema’s inaction was his incompetence, this would certainly be the most optimistic scenario for investigation by law enforcement bodies. But we are concerned that such a blatant transgression by the GPU as the provision of an opportunity for Arbuzov to temporarily ‘return’ to Ukraine, may point to serious corruption. The way in which the leadership of the GPU approaches the consideration of the claim filed today will serve to reveal how this structure has changed following Yarema’s ousting”– Bartosz Kramek, Chairman of the Board of the Open Dialog Foundation, stated.

“Pavel Zhebrivskyi’s commentary during a Channel 5 broadcast in which he stated that ‘to date, no claims or statements have been filed with regard to Vitaliy Yarema’ do not correspond to reality,” – Anastasiia Chernogorskaya, Project Coordinator from the Open Dialog Foundation, assured. – “The head of the department for the investigation of corruption crimes should know that the issue of the investigation into Vitaliy Yarema’s inactivity when serving as general prosecutor has been repeatedly raised by our organisation. As early as on 19 February, 2015, another claim was filed with regard to his potential penal or disciplinary responsibility. On 24 February, 2015, we received a response from the GPU which contained a refusal to enter the information into a single register of pre-trial investigations, citing the fact that “the claim failed to describe circumstances, which may indicate that a criminal offence has been committed”. On 19 March, 2015, a briefing entitled: ‘When will Yarema be punished?’ was held during which plans for the complaint regarding the alleged violations committed by Yarema and a corresponding analytical report produced by the Open Dialog Foundation were presented.

Should you have any questions, please contact us by phone: +380933885854 or by e-mail:  [email protected], Project Coordinator Anastasiia Chernogorskaya.