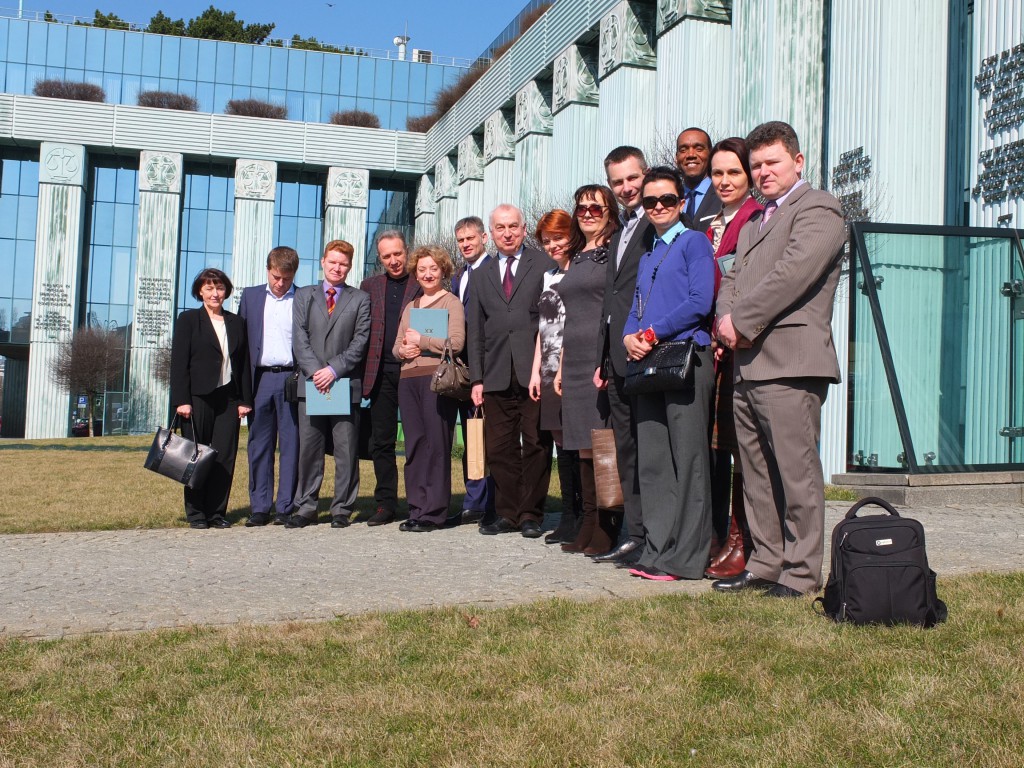 Ukraine needs a systemic solution to enable it to settle accounts with the past – including with the rule of former President, Yanukovych. After the revolution, the time has come for reforms. Because of this, the Open Dialog Foundation has been conducting a project for more than a year now to support lustration and judiciary reform in the country. As part of the project, a delegation of representatives of Ukrainian governmental institutions and NGOs have taken part in a study visit to Poland, which was co-organised by the ODF and the USAID FAIR Justice Project.

The ODF has drafted recommendations, inter alia, for:

The project envisages institutional and conceptual support for the implementation of statutes of key importance to Ukraine, which are aimed at verifying corrupted officials and persons liable for the violation of protesters on Kiev’s Maidan. The ODF has become involved in, amongst other things, work on the law on “Purification of the Government” also known as the lustration law, inviting experts from Central and Eastern Europe to join in the work.

Since July 2014, we have been working alongside the USAID FAIR Justice Project. We joined the work on the provisions of the law on “Renewal of Trust in the Administration of Justice” which is the basis for the activities in Ukraine of the Temporary Committee for the Verification of Judges.

Within the project, we are organising seminars, conferences and training events, inviting world-class experts, journalists and representatives of the authorities. We are drafting expert opinions and recommendations for legislators.

A delegation of representatives of Ukraine’s Verkhovna Rada, Department of Lustration at the Ministry of Justice, the Temporary Committee for the Verification of Judges, the Higher Judiciary Council, and Ukraine’s Higher Commission for the Qualification of Judges and the Social Lustration Council at the Ministry of Justice came to Poland in March, upon an invitation from the ODF and the FAIR Justice Project. During a number of meetings and talks, we discussed, amongst other things, the practical implementation of lustration and anti-corruption solutions and the disciplinary liability of legal professions in Poland.

We met Arkadiusz Mularczyki, MP, who talked about the amendment to the Polish lustration law in 2006 and the need for political compromise in adopting laws important for society. Also, Marcin Święcicki pointed to the need for compromise.

During the visit, in Warsaw, the delegation also met employees of the National Remembrance Institute: its President, Dr Łukasz Kamiński, the Director of the Lustration Office Edyta Karolak, her deputies Radosław Peterman and Leopold Buczacki, and the Director of the Archives Rafał Leśkiewicz; and also the co-author of the law on the Central Anti-Corruption Bureau (CBA), Ernest Bejda and the current CBA’s management. In turn, we discussed the topic of liability in legal professions with Paweł Osik – member of the Human Rights Group of the Polish Bar Council, Grzegorz Majewski – President of the Disciplinary Court of the Bar Council in Warsaw, and Dariusz Kupczak from the Ministry of Justice.

The following persons visited Poland upon an invitation from the Open Dialog Foundation and the USAID FAIR Justice Project:

If you wish to ask any questions, please contact: [email protected]