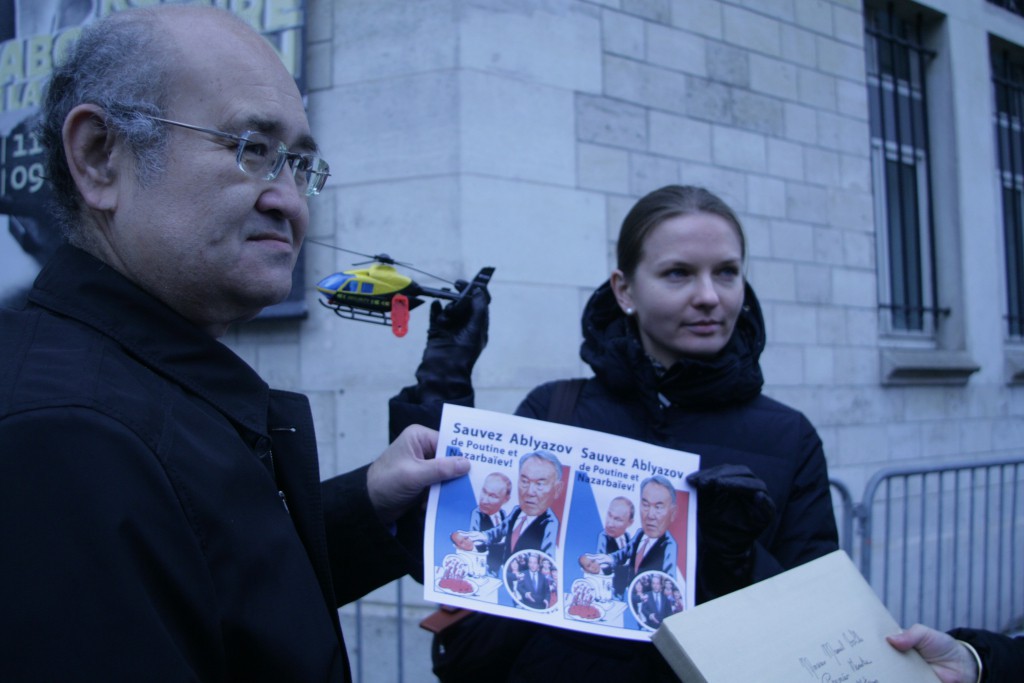 ODF appeals to the French government not to extradite Ablyazov. Matignon Palace denies the right to submit the appeal

Despite being in receipt of permission from the Prefecture, the President of the Open Dialog Foundation, Lyudmyla Kozlovska, and the Kazakh oppositionist, Muratbek Ketebayev, were denied the right to submit a letter addressed to the French Prime Minister, Manuel Valls, at Hôtel Matignon, (his official residence).

In its letter to Valls, the Open Dialog Foundation included documents evidencing that Russia’s and Ukraine’s requests for the extradition of Mukhtar Ablyazov, who has been in a French detention centre for more than a year now, resulted from Kazakhstan’s political games. The letter was not accepted because, as officials say, Matignon is of the opinion that it pertains to a court case which is now pending.

In reality, however, the court trial in the case ended with the judgment of the Court of Cassation which, on 4th March, did not allow the case to be heard again by a court of lower instance. In accordance with the French extradition procedure, from this moment on, the political decision on the issuance or non-issuance of an extradition decree is in the hands of the French government. Because of this, we attempted to inform the French executive power about Kazakh manipulation methods. The life of Mukhtar Ablyazov may be at stake.

If France would agree to extradite the political dissident to Russia, it would thereby confirm that the local judiciary and the penal system are functioning properly in that country.

The Open Dialog Foundation therefore pleads with France not to sign the extradition decree and follow the examples of Poland, Austria, the Czech Republic, the UK, Italy and Switzerland – the European countries which refused his extradition to Russia, Ukraine and Kazakhstan.