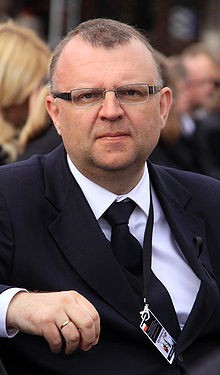 The former Deputy Marshal of the Polish Seym and Minister of Culture and National Heritage, currently a MEP and Deputy Chair of the Constitutional Affairs Committee, Kazimierz Michał Ujazdowski, addressed an appeal to the Prime Minister of France, Manuel Valls and Ukraine’s Prosecutor General, Victor Shokin concerning the Kazakh dissident Mukhtar Ablyazov.

In his appeal, Ujazdowski describes the story of Ablyazov as one of the leaders of the Kazakh opposition. He emphasises that Ablyazov has been a staunch critic of Kazakhstan’s President, Nursultan Nazarbayev for years. He was, inter alia, the one who set up the opposition party “Democratic Choice of Kazakhstan”. Fleeing repressions, he left Kazakhstan, and the UK granted him political asylum. Ujazdowski also describes the proceedings aimed at extraditing Ablyazov, now pending in France. He relies on appeals from representatives of civil society and non-governmental organisations in Kazakhstan and the EU, who have been arguing for months now that it is actually Kazakhstan that is behind the extradition requests made by Russia and Ukraine.

In his letter to the French Prime Minister, Ujazdowski emphasises that neither Russia nor Ukraine are able to guarantee Ablyazov a fair trial or personal safety. He cites the murder of Boris Niemcov as evidence of the risk involved in the potential extradition of the Kazakh dissident to Russia. The Ukrainian authorities, in turn – in the opinion of the MEP – are struggling with a reform of the corrupted penitentiary system and the administration of justice. “I believe that Ablyazov, as an oppositionist, deserves protection from France against the real risk which he may face if extradited to Russia or Ukraine’ Ujazdowski wrote to Valls.

In his appeal to Shokin, Ujazdowski also referred to the close relations between President Putin and President Nazarbayev as regards the extradition of Ablyazov.