Search
The Open Dialogue FoundationMedia about usBartosz Kramek: border areas are most at threat from attacks

On TVN24 Biznes i Świat’s “Otwarcie dnia” programme, the Chair of the Foundation’s Council, Bartosz Kramek, talked about the preparations now underway for a new offensive. An invasion may take place during the coming days and weeks, Kramek predicted. In his opinion, both Ukrainian analysts and ordinary citizens are not asking themselves if, but rather when, an attack will take place.

At the same time, as Kramek emphasised, it is reasonable for the Ukrainian authorities to prepare for the worst, even though a significant number of politicians staying in Kiev perceive the concentration of Russian military personnel as an attempt to exert pressure only. It is hard to judge, but the prospect of an open, large-scale invasion must be taken seriously, he concludes. 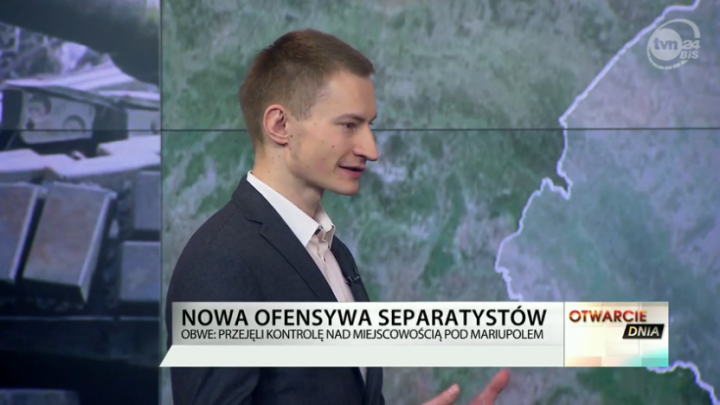