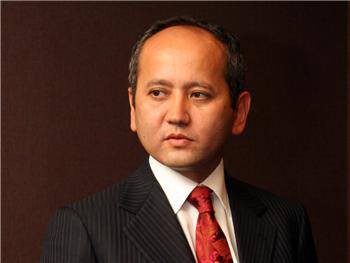 MEPs from Poland, Estonia and the Czech Republic in a joint appeal to the French authorities concerning Ablyazov

The MEPs Jacek Saryusz-Wolski, Michał Boni (Poland), Pavel Svoboda, Tomas Zdechovsky (Czech Republic) and Tunne Kelam (Estonia) addressed an appeal to France’s highest authorities in defence of Mukhtar Ablyazov. In their letters to the French Prime Minister and the Ministers of Justice and Foreign Affairs, the politicians demanded that the extradition of the Kazakh dissident be stopped.

In their letter, the MEPs expressed their concern with the situation of Ablyazov, who has spent more than a year and a half in detention and who is now facing extradition from France to Russia or to Ukraine, with Kazakhstan, in fact, being the ones behind his persecution. They rely on the decision of the French Cassation Court of March this year, allowing the dissident’s extradition.

In their view, Russia is an ally of the autocratically governed Kazakhstan, and Ukraine is struggling to reform its administration of justice. Hence, extradition to either of these countries would be tantamount to putting Ablyazov in the hands of the Kazakh authorities. Being a chief critic of the regime and President Nursultan Nazarbayev, Ablyazov cannot feel safe in his home country.

In their appeal, the MEPs also referred to resolutions of the European Parliament concerning respect for human rights in Kazakhstan which has become dramatically worse since the protests in Zhanaozen in 2011. As they emphasise, Ablyazov has already been imprisoned in Kazakhstan, in breach of his fundamental rights. In conclusion, they request that the French authorities consider the political context of the case and take into account the threat to Ablyazov’s life in the event that he is extradited.