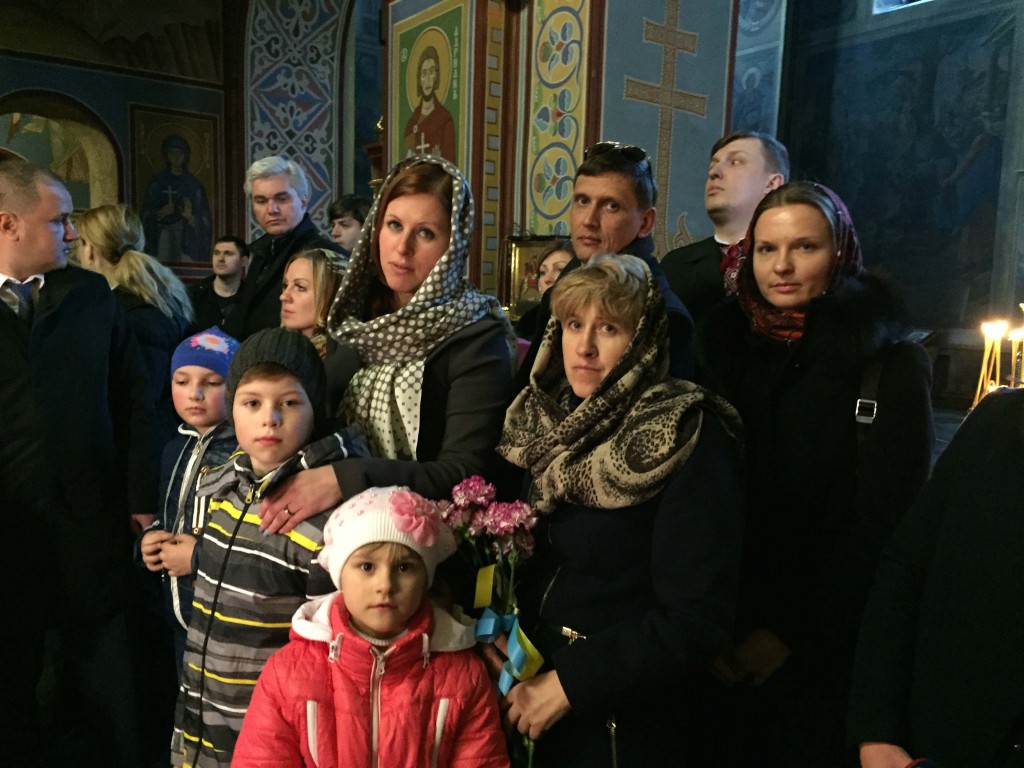 The First Ladies of Poland and Ukraine – Anna Komorowska and Maryna Poroshenko – met, in Kiev, with participants from the Revolution of Dignity and families of the Nebesnaya Sotnya and of other activists who perished during the Maidan protests. Anna Komorowska was in Kiev as part of the official visit of the Polish Presidential Couple to Ukraine. The meeting was attended by representatives of non-governmental organisations engaged in helping Ukraine – including Lyudmyla Kozlovska and Arseniy Finberg.

The meeting was held in the Mikhaylovsky Sobor, a place which, from the first days of outbreak of protests in Kiev, was open to students beaten by Berkut forces, and quickly became one of the headquarters of the emerging revolution. Together with those gathered, the Presidents’ Wives also walked along Institucka Street, where, at the remembrance cross, they paid tribute to the heroes killed there.

The meeting was attended by civil society representatives, including the President of the Open Dialog Foundation Lyudmyla Kozlovska, the coordinator of the Volunteer Sotnya [Волонтерська Сотня Україна – Світ ], which organises help for Maidan and the ATO, as well as the Dream Kyiv organisation which controls the municipal authorities in Kiev, Arseniy Finberg.

During the ceremony, a speech was made by Ihor Huryk, the father of a 20-year-old, Roman, who was shot on Institucka Street, and the chair of the community organisation “Families of the Nebesnaya Sotnya Heroes”. He thanked Poles for providing help to Ukraine, praising the cooperation with the Polish partners as regards educational, cultural and medical help. Also, the wife of Ukraine’s President, Maryna Poroshenko, added to the gratuitous sentiment labelling Poland “a friend”. “Unfortunately, our country fell into misfortune but during this hard time we have found a true friend. We are very grateful to [Poland] for its support,” the Ukrainian First Lady said.