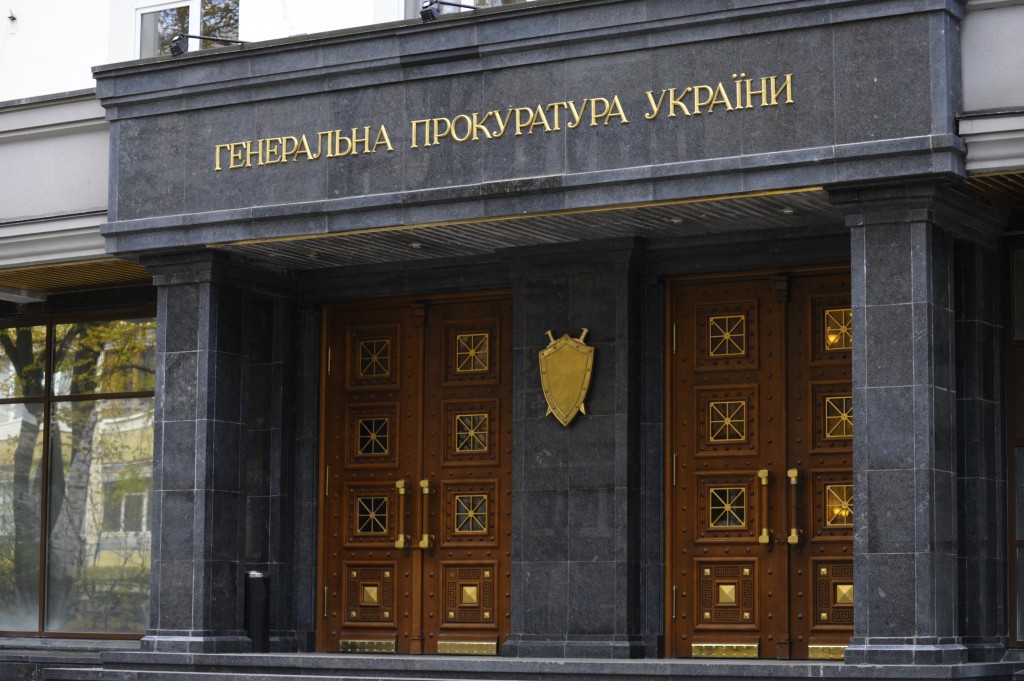 Reform of the Prosecutor’s Office in Ukraine may not be carried out due to the negligence of the former General Prosecutor V. Yarema and filibustering by the Petro Poroshenko Bloc

One of the main obligations of the Ukrainian authorities to their Western partners, regarding the reform of the judicial system in the country, was the implementation of the reform of the prosecutor’s office. On 25 April, 2015, a new law on the prosecutor’s office was to come into force, but due to the deliberate inaction of the former leadership of the General Prosecutor’s Office, headed by Vitaliy Yarema, the reform is now under serious threat. In order to remedy the situation, changes in the law are urgently required.

On 14 October, 2014, the Verkhovna Rada Ukraine adopted, and on 23 October, 2014, President Petro Poroshenko signed off, a new Law of Ukraine ‘On the Prosecutor’s Office’, which received very positive feedback from the international community (in particular, from the Venice Commission and the Council of Europe). Its adoption was one of the conditions for the implementation of the Association Agreement between Ukraine and the European Union. The new law provides for deprivation of prosecutor’s office’s function of general oversight, the transfer of investigative functions to the State Bureau of Investigation, provision of guarantees of independence to prosecutors, the creation of prosecutorial authorities which are independent of the management of the prosecutor’s office, reorganisation of the structure of the prosecutor’s office (the creation of local prosecutors’ offices to replace district offices) and so on. That is, under the new law, the prosecutor’s office should be deprived of its existing right of ‘general supervision’ which allowed it to ‘interfere’ in virtually every sphere of public life and created conditions for rampant corruption. The Ukrainian prosecutor’s office should also become more independent in its work, especially from President of Ukraine, who, according to the old law, submits the candidacy of the general prosecutor for approval by the Verkhovna Rada of Ukraine.

Thus far, the Verkhovna Rada of Ukraine has registered 6 draft laws, providing for the postponement of the enactment of the new Law ‘On Prosecutor’s Office’. Most of them offer a mechanical transfer of the date of entry of the new law into force to the year 2016. On 9 April, 2014, one of these draft laws, prepared by the head of the pro-presidential parliamentary faction the party ‘Poroshenko block’, Yuriy Lutsenko, was put to a vote in parliament. This was done in violation of the procedure (the draft law has not been the subject of consideration by an appropriate committee), as well as in breach of the coalition agreement (the draft law was offered exclusively by the pro-presidential faction and has not received the support of other factions within the parliamentary coalition). As a result of the vote, the draft law was rejected as it did not receive a sufficient number of votes of MPs. However, had the draft law been adopted, it would have led to failure as regards reform of the prosecutor’s office, MP Yelena Sotnyk stated.

This case has clearly demonstrated that the pro-presidential forces in the Verkhovna Rada are striving to delay the commencement of the reform of the prosecutor’s office for as long as possible in order to maintain the President’s influence on the department.

The Open Dialog Foundation believes that the best draft is draft law No. 2404-1 ‘On Amendments to the Law of Ukraine’ ‘On the Prosecutor’s Office’, which was prepared by a group of MPs from four factions of the parliamentary coalition. It included Yelena Sotnyk, Oksana Syroid, Leonid Yemets, Pavel Kostenko, Yegor Sobolev, Viktor Chumak and Yuriy Lutsenko. The draft law:

The draft law is on the agenda of the Verkhovna Rada and should be considered by 25 April, 2015.

Following the success of the revolution, Ukraine has been given a chance to become a truly democratic and legal state. An important step, at this stage, is to reform the law enforcement bodies which, over the years of the country’s independence, have become an integral part of the corrupt system. The new Law of Ukraine ‘On the Prosecutor’s Office’ can radically transform the bodies of prosecutor’s offices in Ukraine; still, due to the criminal inactivity of the former leadership of the General Prosecutor’s Office of Ukraine, headed by Vitaliy Yarema, as well as opposition from the pro-presidential forces in the Parliament of Ukraine, the implementation of the new law is under threat. The law is in urgent need of amendments, otherwise Ukraine may face a legal and institutional collapse – the old law will lose its effect while the new law won’t enter into force. Furthermore, Ukraine’s international image would be seriously undermined, as the West expects immediate and radical reform in the country.

The Open Dialog Foundation also considers it necessary to bring former General Prosecutor of Ukraine, Vitaliy Yarema, to criminal responsibility under Art. 367 of the Criminal Code of Ukraine (‘neglect of duty’), due to the fact that under his leadership, the department failed to carry out structural changes. Due to his negligence and procrastination, the process of reforming the Ukrainian Prosecutor’s Office has been put in jeopardy, which is contrary to the public interest of Ukraine.