Search
The Open Dialogue FoundationActivityHumanitarian aid“Thank you, Warsaw” – Ukrainian soldier offers thanks for a helmet

The 300th tank regiment is one of the most elite armoured units of the Ukrainian Armed Forces. Its ranks will soon be joined by Jewhenij Syniow who comes from Desna and who is now undergoing training. He will shortly be deployed to the front line.

His service will undoubtedly be made easier by the helmet donated by the Open Dialog Foundation and the gifts we have prepared – the red and white ribbons, pins with the flags of both states, embroidered badges – will ensure he doesn’t forget about the Polish support. Jewhenij will also be wearing a shirt from the iconic band Okean Elzy (official) with which he will, undoubtedly “not surrender without a fight “- as the inscription on it says, which is also the name of one of their popular songs. The musicians gave us a dozen or so such items following their Warsaw concert. They asked us to include them to our packages which we send to the front line.

“Thank you, Warsaw!” – Mr. Syniow repeated a number of times, sending, as a token of thanks: a photograph featuring the same slogan. 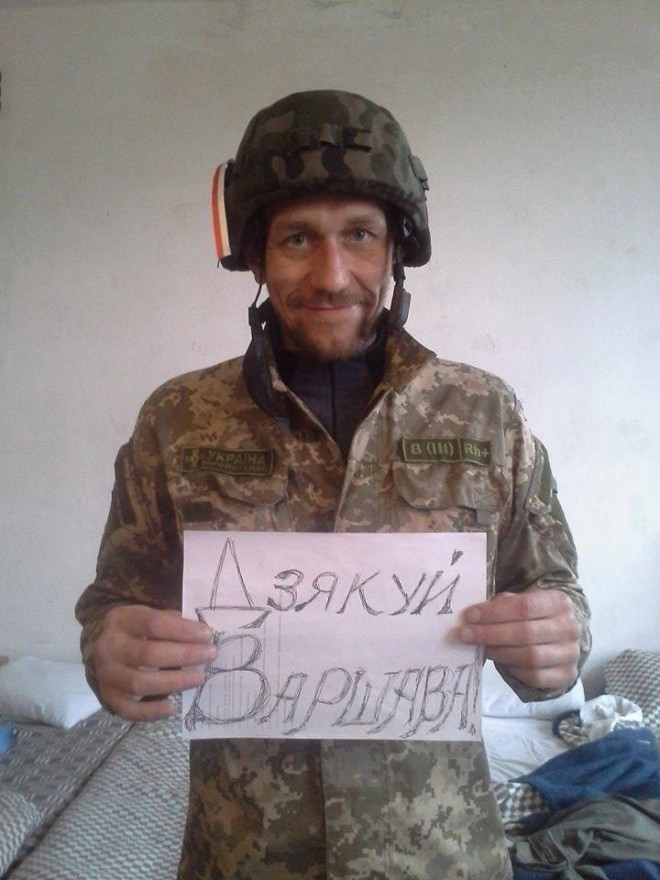