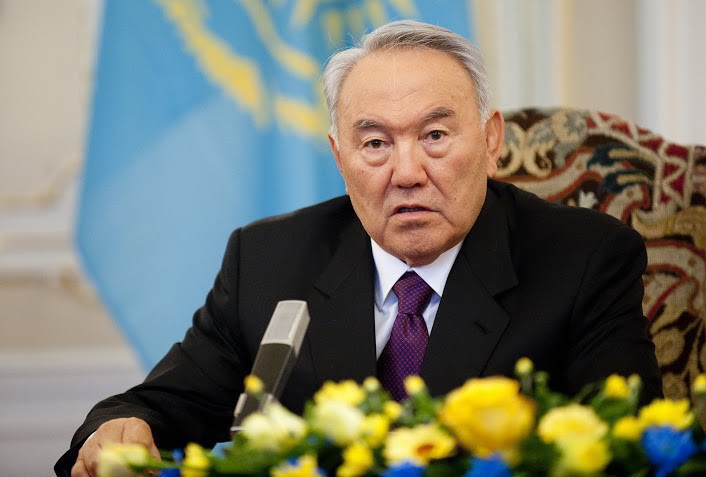 Kazakhstan: stage-managed elections against the backdrop of the authorities’ crackdown on dissent

24 April 2015 | Editorial office
Table of contents:
Imitation of elections as a way of re-electing Nazarbayev‘Preperation’ for the election: elimination of competitors and oppression of civil society

Early presidential elections resemble a staged play under the facade of democracy. Uncompetitive elections are a way for Nazarbayev to consolidate autocratic power. On the eve of the election, the president’s political opponents are either in prison or in exile; independent media outlets are closed, activists are intimidated, and any civic activities may result in criminal liability. Although the election results are preordained, the international community should remind Nazarbayev of the fate of political prisoners and highlight the inadmissibility of ignoring obligations in the field of human rights.

On 14 February, 2015, the Assembly of People of Kazakhstan, an advisory body to the president, proposed the holding of early presidential elections. It cited the following reasons for this decision: the coincidence of dates when regular presidential elections and parliamentary elections are scheduled; the complex geopolitical situation; the global economic and even ‘ideological’ crisis. On 25 February, 2015, President Nazarbayev supported, in his words, “the desire of the people” and scheduled an early presidential election for 26 April, 2015. According to the schedule, this election was to be held in December 2016.

Imitation of elections as a way of re-electing Nazarbayev

Nazarbayev will be re-elected to his post for the sixth time. Twice, he was elected in regular elections (in 1991 and 2005). Twice, he called early elections (in 1999 and 2011) and once, he held a referendum to extend his powers (in 1995). In 2000, the adopted Law: ‘on the Leader of the Nation’ exempted Nazarbayev from criminal liability, defined the inviolability of his family’s property, provided for the installation of monuments in his honour and introduced strict penalties for insulting his honour. Amendments to the Constitution of 2010 allowed Nazarbayev, as the Leader of the Nation, to be elected an unlimited number of times. The 74-year-old former communist leader has ruled the country for almost 25 years.

In 2005 and 2011, Nazarbayev was elected having won 91% and 95% of the vote respectively; however, none of the elections have been recognised by international observers as free and fair. The OSCE and the USA labelled the previous elections as substandard, noting the lack of competition and the widespread use of administrative resources. Recent events have confirmed that the coming election will not be any different to the previous ones.

Of the 27 nominees, only a third were able to undergo the complicated registration process, namely to pass a Kazakh language exam, collect 93,000 signatures (1% of all voters) and make a deposit. Nazarbayev will compete with two little-known candidates: Abelgazi Kusainov, a member of the pro-presidential party, and Turgun Syzdykov, a member of the pro-government Communist People’s Party, who extols the President during his meetings with voters.

Civil society representatives believe that critics of the authorities have little chance of registering, as registration is used as a political tool for ‘sifting out’ inconvenient candidates. The language exam is held behind closed doors and consists of an essay, reading and public speaking. There are no clear criteria for evaluation. Civil society activists Esenbek Ukteshbayev and Ualikhan Kaisarov were among the 11 nominees who failed the exam. Ukteshbaev was told by the chairman of the commission that he ‘has no idea what he is writing’, and Kaisarov was refused the chance to see his mistakes. Self-nominated Kanat Turageldiev and Khasen Kozha-Akhmed, refused to participate in the elections even after they had passed the exam. Kozha-Akhmed stated that “even parties will not be able to collect 93,000 signatures in five days if they are not helped by the authorities”.

The OSCE interim report of 16 April, 2015, indicates that Nazarbayev, while in office, holds meetings across the country, while the campaign materials of other candidates ‘are not seen’. The OSCE noted that the election campaign is “virtually invisible”, and “some critics of the government are imprisoned or in exile”.

‘Preperation’ for the election: elimination of competitors and oppression of civil society

Over his many years of governance, Nazarbayev has eliminated influential opposition politicians and, through oppression, silenced critics from civil society. Each election marks a new wave of political persecution.

In 2002, founders of the influential opposition movement ‘Democratic Choice of Kazakhstan’, Mukhtar Ablyazov and Galymzhan Zhakiyanov, were jailed. Mr. Ablyazov’s close friend, Mukhtar Dzhakishev is still behind bars. Currently, the political refugee Ablyazov is awaiting the decision of the French authorities regarding his extradition to Ukraine or Russia. Human rights organisations and dozens of MEPs noted that Kazakhstan is the true mastermind behind the extradition requests and called for the prevention of his extradition. Countries such as Spain, Italy, the Czech Republic, Poland, Great Britain, Austria, Latvia and Switzerland refused to extradite defendants in the case of Ablyazov granting them political asylum.

On 12 November, 2005, three weeks before the presidential election, a prominent politician Zamanbek Nurkadilov, who had accused the president of corruption, was killed. According to the official version, he committed suicide, having fired two shots into his heart, and a final, ‘conclusive’ shot – into his head. Three months later, on 13 February, 2006, the body of the former Secretary of the Security Council Altynbek Sarsenbayev, who had previously joined the opposition, was found dead having been shot.

After the elections in April 2011, Nazarbayev began the full mopping up of the political and media space. As a result of the dispersal of a peaceful demonstration of oil workers in the town of Zhanaozen in December 2011, at least 17 people were killed, according to official figures. The courts have ignored the statements of 22 oil workers about the use of brutal torture. As a result of torture, a tumour formed on the body of one of the convicts, Maksat Dosmagambetov, and he underwent surgery on his left eye to remove it. He was released early, but his health condition is serious. The early release of one of the representatives of the oil workers and a victim of torture, Roza Tuletayeva, was made possible due to prolonged international pressure.

The opposition politician Vladimir Kozlov, who represented the interests of the Zhanaozen oil workers in Europe was sentenced to 7.5 years in prison on 8 October, 2012. He was recognised as a political prisoner. Not only did the authorities ignore the EU’s demands to release Kozlov, but they even refused to transfer him to a colony with a less stringent regime. On the basis of the judgement against Kozlov, in December 2012, the opposition party ‘Alga!’ and 34 influential non-state media outlets were banned. They were accused of ‘inciting social discord’. At the same time, the human rights activist Vadim Kuramshin was sentenced to 12 years’ imprisonment; even now, he complains of pressure being exerted on him in the Kazakh prison.

On 24 February, 2015, Nazarbayev’s former son-in-law, Rakhat Aliyev, was found hanged in an Austrian prison. He was preparing to refute in court the criminal charges levied by Kazakhstan and expose incidents of corruption. Aliyev’s allies suggest Kazakh involvement in his death.

A blow to the civil society was the adoption of the new criminal legislation, which came into force on 1 January, 2015. Kazakhstan turned its back on the recommendations of the OSCE, the European Parliament and human rights defenders. Currently, Kazakh legislation sets forth criminal liability for defamation; participation in an illegal assembly or ‘assisting’ in the organisation of which; ‘inciting social discord’; ‘interference in the activities of state bodies’; actions, provoking continued participation in a strike’.

Even small-circulation inconvenient media outlets were suspended for minor technical violations. The prosecutor can suspend the work of social networks and online resources without a trial. All this creates a highly negative climate for civil society and the media outlets, leading to one-sided coverage of the election campaign.

Direct questions about human rights are extremely awkward for Nazarbayev. In July 2013, Nazarbayev told a British journalist: “We are grateful for advice and suggestions; however, nobody has the right to tell us how to build the nation and how to live”. In December 2014, Nazarbayev harshly replied to a French journalist: “There are no censorship questions here, no political persecutions,”(…) While respecting the democracy that exists in the world, moving in that direction, we do not want to lose our own identity“.In 2014, the French Geopolitical Centre for the Study of Crime bestowed upon Nazarbayev the prize ‘Dictator of the Year’.

The crisis in relations between Russia and Europe affects Kazakhstan, which is the closest economic and political ally of Russia. While Nazarbayev manages to prevent the economic situation from deteriorating, it is advantageous for him to hold early elections in order to strengthen the regime and, possibly, prepare fertile ground for the transfer of power.

Kazakhstan has completely ignored the recommendations of the EU and the UN in enacting the repressive criminal law. Still, this has not become an obstacle for the signing of an expanded agreement on cooperation between the EU and Kazakhstan. On 21 April, 2015, the Vice-President of the European Commission, Federica Mogherini, reported that within the framework of the Dialogue on Human Rights, the EU called on Kazakhstan to implement the recommendations on human rights, which had been rejected by the Kazakh delegation during the consideration of the Universal Periodic Review of the UN.

The EU as one of the major investors in Kazakhstan cannot, once again, allow the actions of the Kazakh authorities to go unnoticed without any legal or political consequences. The lack of a clear position on the deteriorating human rights situation in Kazakhstan will lead to further preservation of the authoritarian regime, which will translate into the loss of a reliable and predictable economic partner for the EU. On the eve of the elections, we hereby urge you not only to thoroughly register violations during the electoral process, but also to use all possible leverages in order to stop the repression of civil society and to release the political prisoners: Vladimir Kozlov, Vadim Kuramshin, Aron Atabek and Mukhtar Dzhakishev. Also, the EU must prevent the extradition of Kazakh opposition politician Mukhtar Ablyazov, as this would violate international human rights agreements. It is necessary to prevent further attempts by Kazakhstan to abuse the EU law enforcement systems.