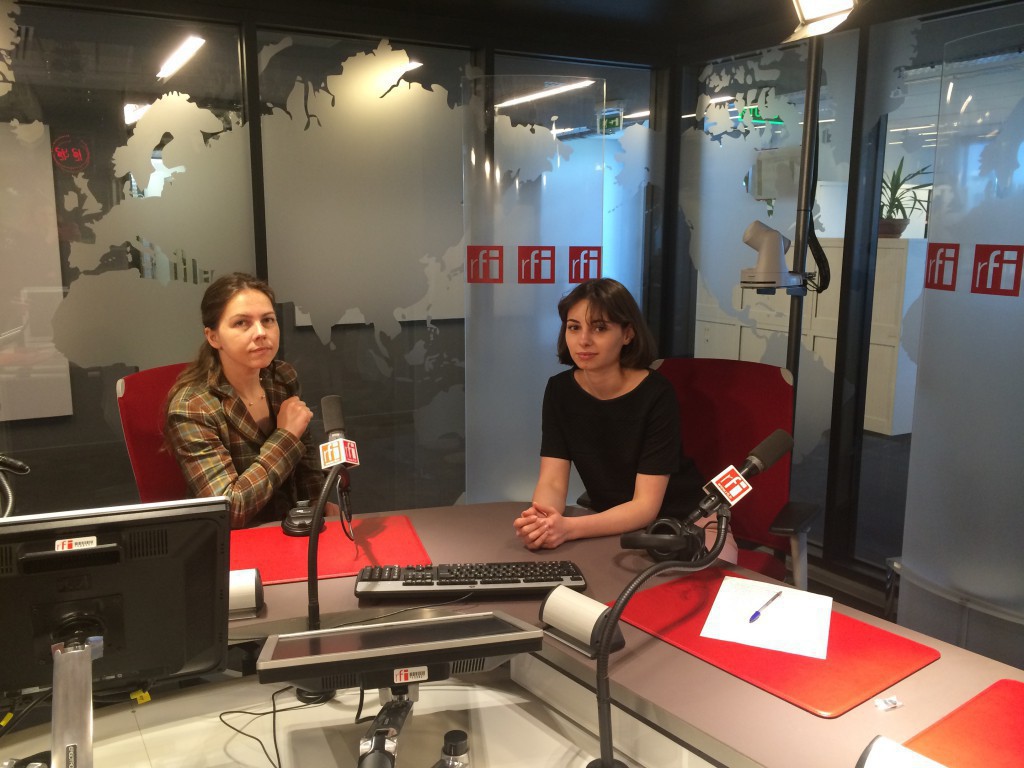 Vira Savchenko spoke in Paris, Brussels and Strasburg about the persecution of Nadyia Savchenko

Vira Savchenko, the sister of the Ukrainian Lieutenant Nadyia Savchenko, visited Paris, Brussels and Strasburg, where she met, amongst others, journalists, parliamentarians, representatives of international human rights organisations and of the Ukrainian community. She also talked about the persecution suffered by her sister during a press conference at the Ukrainian Embassy and during an open conference with the participation of Mustafa Dhemilev of the Ukrainian Culture Centre in Paris. The meetings and conferences were organised by the Open Dialog Foundation which has been following the developments of Savchenko’s case from the outset and also launched an international campaign in support of the Ukrainian pilot. The Open Dialog Foundation’s partners in organising Vira Savchenko’s visits were the Cosmopolitan Project Foundation (FR NGO) and the Association of Ukrainian Students in France.

For months now, the Open Dialog Foundation has been conducting an international campaign in support of Lieutenant N. Savchenko, the Ukrainian illegally abducted by the FSB. Apart from happenings, the Foundation has drafted detailed reports documenting the history of persecutions of Ukrainian activists at the hands of the Russian authorities. Aside from the reports on Nadyia Savchenko, the so-called ‘Savchenko List’ has been compiled, which cites the names of persons directly involved in her persecution. Inspired by the well-known Magnitsky List, it has been supported by the “Batkivshchyna” party. The ODF’s efforts have also been appreciated by Ukraine’s Foreign Ministry. Ukraine’s Verkhovna Rada has now taken account of the List, drafting a resolution imposing sanctions against those responsible for the unfounded detention of Savchenko, in a Moscow detention centre. Vira Savchenko’s visits to European cities were part of a campaign to bring about the release of the Ukrainian Leutenant.