Search
The Open Dialogue FoundationMedia about usWhy should we stop the Night Wolves entering the country?

This is a group which affirms violence and totalitarianism, believes Tomasz Czuwara, head of the Open Dialog Foundation’s press office, cited directly by Wprost weekly. On Thursday, an article came out explaining the reasons why some in Polish society objected to the ride of Putin’s favourite biker group across East and Central Europe.

The weekly placed great emphasis on the fact that the members of Aleksandr Zaldostanov’s gang are plain bandits. The Head of the ODF’s office asserts that the group affirm violence and totalitarianism, that they are homophobic and racist, and that the views they voice are contrary to European standards. No wonder, then, that Finland, for instance, considers it a criminal organisation, Czuwara adds. 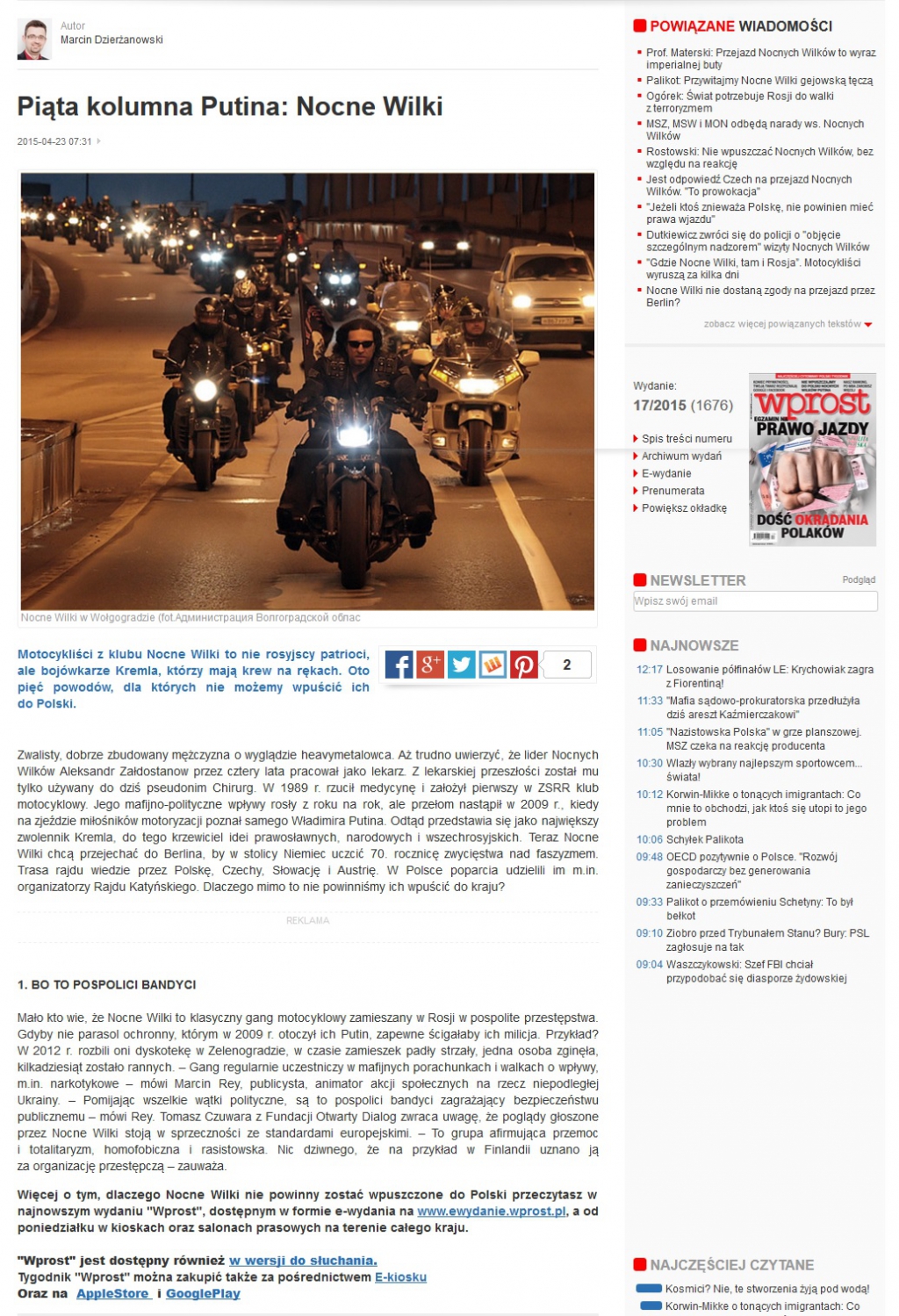