An acute absence of public debate, the current President being the only one promoted in the media, and the absence of any political agenda for Nazarbayev’s two puppet opponents – Anna Koj of the Open Dialog Foundation talked about the electoral campaign before the presidential elections in Kazakhstan, in an interview with Radio Radicale.

In addition to the presidential run, Koj talked about the situation of Kazakh political opponents, including the case of Mukhtar Ablyazov. As the ODF coordinator argued, in fact all members of the democratic opposition are either in prison or have been forced to leave the country, and some of its representatives have even been killed.

An example of the persecutions affecting independent activists is the chase of Mukhtar Ablyazov in Kazakhstan. A trial is currently pending in France for his extradition to Russia or Ukraine. However, it is the Kazakh authorities who are behind the extradition request, Koj argued. 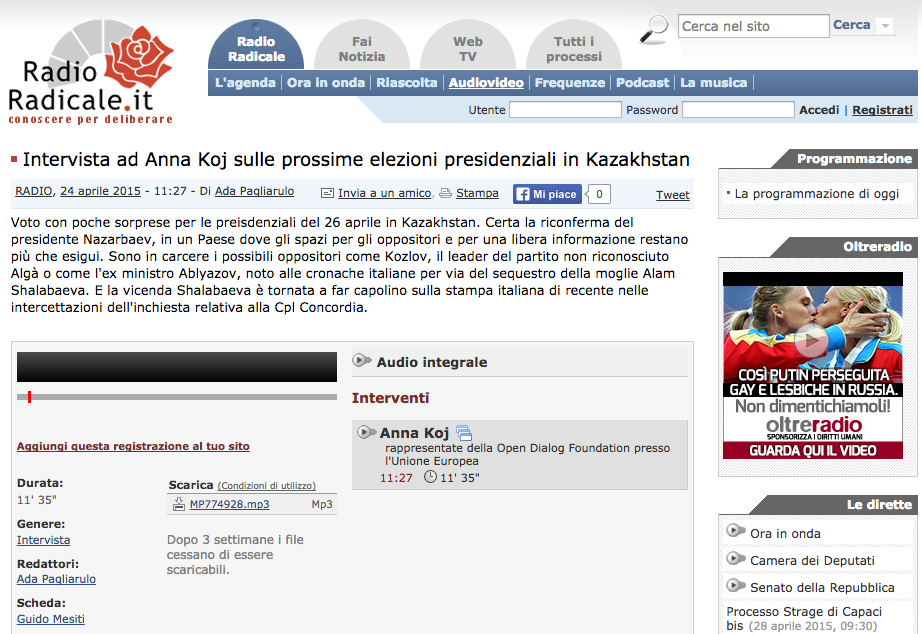