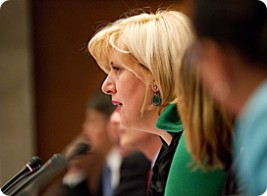 Brutal attack against Kazakhstani journalist must be immediately investigated

VIENNA, 20 April 2012 — The OSCE Representative on Freedom of the Media, Dunja Mijatović, expressed her concern over the brutal attack on Lukpan Akhmedyarov, a journalist with Kazakhstan’s Uralskaya Nedelya newspaper, and asked the authorities to promptly investigate the attack.

Akhmedyarov was assaulted yesterday night in the northwestern city of Uralsk by unidentified assailants who stabbed and shot him in the chest. The journalist, who underwent surgery, is reportedly in a serious condition.

Akhmedyarov and Uralskaya Nedelya are known countrywide for their critical reporting. In the past the newspaper and its journalists have faced defamation trials, prompting the Office of the Representative to intervene.
Akhmedyarov had been repeatedly detained by police during unsanctioned demonstrations.

“The brutality of this attack is shocking and I urge Kazakhstan’s authorities to take this incident very seriously. It is of crucial importance to immediately investigate this crime, identify whether it is connected to the victim’s journalistic work and bring its perpetrators to justice,”
Mijatović stressed.

For PDF attachments or links to sources of further information, please visit: http://www.osce.org/fom/89821