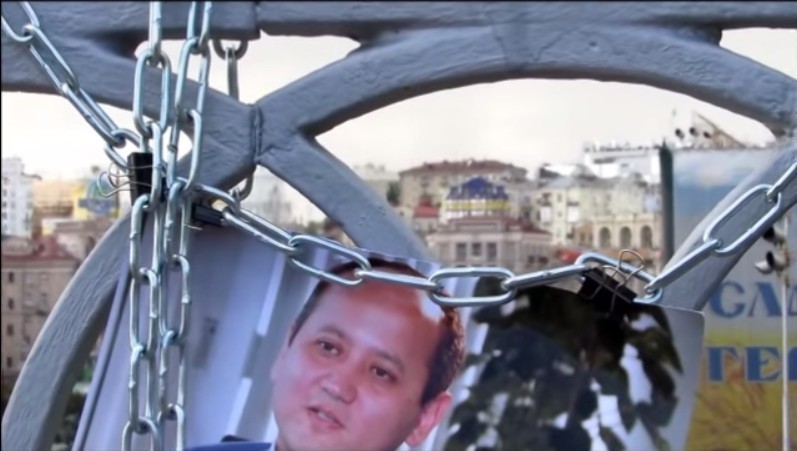 Representatives of the Open Dialogue Foundation recorded video material with greetings for the Kazakh opposition politician Mukhtar Ablyazov, who is now imprisoned in France due to requests for his extradition, filed by Ukraine and Russia. The film also recalls the fate of other Kazakh political prisoners and the successes prompted by international pressure, which contributed to the release of numerous opposition activists.

Ukrainian human rights defenders have presented a letter to the French authorities, warning them against the dangers that the extradition of Ablyazov would entail, and petitioning for his release.

“Political links to Mukhtar Ablyazov are a reason for persecution in Kazakhstan. Due to pressure, exerted by the international community, a few persons have been successfully released; they include Bolat Atabayev, who now resides in France; Igor Vinyavskiy, who resides in Warsaw; Muratbek Ketabayev, who has been granted political refugee status in Poland. On 31 May, 2013, Alma Shalabayeva and Alua Ablyazova were unlawfully deported from Italy and insidiously transferred to Kazakhstan (in violation of Italian and international law). Thanks to the efforts of European society, they have been transferred back to Italy. Austria refused to extradite to Russia Artur Trofimov, and offered him diplomatic protection. Alexander Pavlov, Ablyazov’s former security chief, has been granted political refugee status.

The leader of the ‘Alga!’ party, Vladimir Kozlov, and Mukhtar Dzhakishev are still incarcerated in Kazakh prisons. As a result of requests for extradition, fabricated and filed by Russia and Ukraine in the Yanukovych era, Mukhtar Ablyazov was arrested and is being detained in France.

We would like to wish a happy birthday! We deeply respect your civic position and wish you endurance and strength to continue your fight for the truth. Today is a great holiday, which, unfortunately, you are forced to celebrate in adverse conditions: away from your family, in a French prison, with an uncertain future looming over you.

We want you to know that Ukrainian human rights defenders continue to fight for your freedom and the freedom of other Kazakh oppositionists; this is a fight for the ideals of democracy and international justice.

We are confident that next year, you will be celebrating your birthday at large, with your family. “