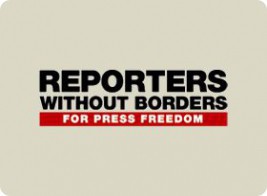 Reporters Without Borders is in shock after a near-fatal attack on the eminent journalist Lukpan Akhmedyarov yesterday evening outside his home in the suburbs of the northwestern city of Uralsk.

“Our thoughts are with the journalist and his family and colleagues,” the press freedom organization said. “With this attack, which was particularly shocking in its violence and without precedent in Kazakhstan’s recent history, the continual deterioration in freedom of news and information in the past year has reached the point of no-return.

“It has undoubtedly been encouraged by the general atmosphere of impunity that surrounds the many attacks carried out on journalists.

“How the matter is dealt with will be a test for the Kazakh authorities. An exemplary investigation is called for to track down the perpetrators and deter those tempted to victimize journalists. Letting such an act go unpunished, or a failure to identify those behind it, would blur the responsibility of the authorities and send a negative signal to the independent media, already in the grip of a wave of detentions and arbitrary summonses.

“Lukpan Akhmedyarov is known for his critical views of the authorities and his participation in recent opposition campaigns. This tragedy is far from insignificant and a possible link between the attack and the journalist’s professional activities must be given urgent consideration.”

During the evening, the journalist had gone out of his house to empty the dustbins and park his car when he was attacked by at least two unidentified men who hit him on the back of the head and stabbed him several times. He was taken to the regional hospital where he underwent emergency surgery.

Doctors said he had suffered a serious head injury and eight stab wounds to the lungs, kidneys, stomach and other vital organs, and his body had traces of air gun pellets. They said he was in a serious condition but his life was not in danger.

Tamara Yeslyamova, the editor of the weekly Uralskaya Nedelya for which Akhmedyarov works, said he had come under increasing pressure since January after he associated himself with the “malcontents’ demonstrations” movement. On several occasions he had unsuccessfully sought permission from the local authorities to organize demonstrations and had continued to muster support among opposition supporters through social networks.

Akhmedyarov had recently received several warnings from the regional public prosecutor’s office. His car was stopped and searched several times on the pretext of a search for drugs. He had also complained that he was being followed.

The day before the attack, his wife, who works at the Certification and Standardisation Centre, was called in by her manager who tried to intimidate her. He told her to persuade her husband to stop criticizing the authorities in his articles and to halt his militant activities.

The autocratic government of President Nursultan Nazarbayev, classified as a Predator of Press Freedom by Reporters Without Borders, has responded brutally to an unprecedented wave of social unrest and security threats in recent months.

Pressure on independent news organizations has been growing since the bloody repression of a riot by workers last December, with a series of detentions, summons by the security services, intimidatory measures and interruptions in the flow of information.

Kazakhstan is ranked 154th of 179 countries in the World Press Freedom Index 2011-2012 published by Reporters Without Borders. It is has also been placed among the countries placed “Under Surveillance” by the organization since last month because of its increasing use of online censorship.