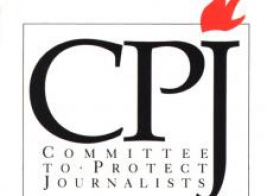 Kazakh journalist in surgery after being shot, stabbed

New York, April 19, 2012 -The Committee to Protect Journalists condemns today’s attack on a reporter in Kazakhstan and calls on authorities to immediately investigate and bring the perpetrators to justice.

Unidentified assailants shot and stabbed Lukpan Akhmedyarov, a journalist with the independent newspaper Uralskaya Nedelya, in Uralsk, a city in western Kazakhstan, as he returned home from work at around 10:30 p.m., Akhmedyarov’s chief editor, Tamara Eslyamova, told CPJ today. Eslyamova said the journalist was in surgery late today.

Akhmedyarov’s recent articles had criticized President Nursultan Nazarbayev’s government and had condemned the regional authorities’ unwillingness to address the December clashes between police and oil workers in the town of Zhanaozen. Akhmedyarov told his colleagues a few days before the attack that his wife’s employers were telling her to get him to stop writing critical stories, Eslyamova told CPJ.

Uralsk police were investigating the attack, Eslyamova told CPJ. It was not immediately clear whether the assault was related to the journalist’s work.

“This near-fatal attack on Lukpan Akhmedyarov shows just how dangerous it is to be an independent investigative journalist in Kazakhstan,” said CPJ Deputy Director Robert Mahoney. “Akhmedyarov criticized the government and he now lies in hospital. The authorities must thoroughly investigate this brutal assault and bring the perpetrators to justice.”

Akhmedyarov has been targeted for his reporting in the past. By late 2009, at least three defamation lawsuits had been filed by Kazakh authorities against the journalist in relation to his critical reporting, according to CPJ research.