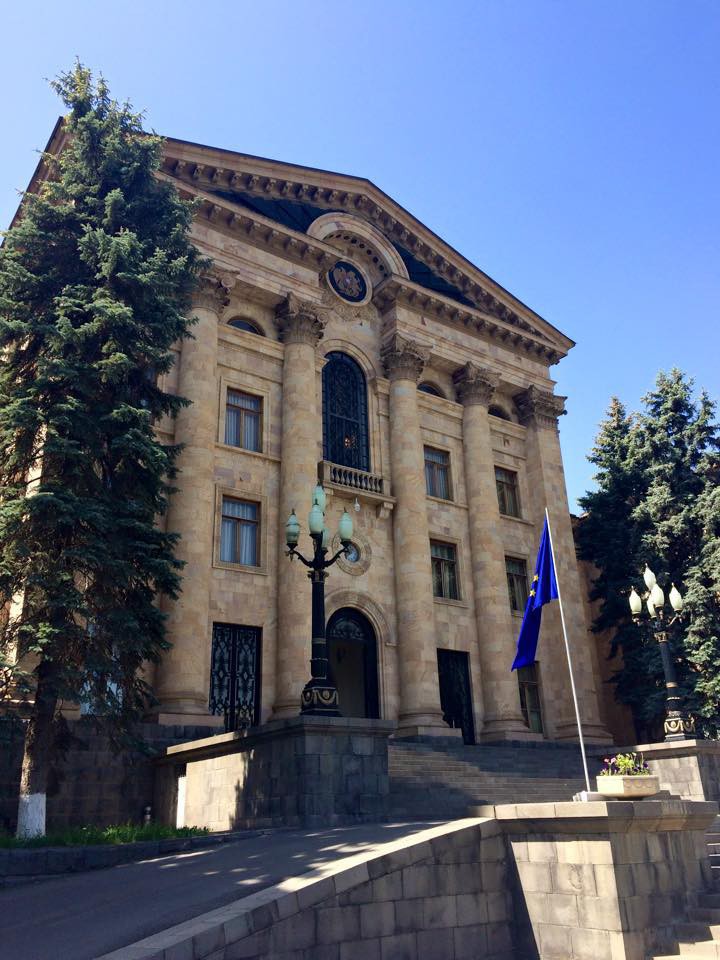 On 19 May 2015, during its meeting in Yerevan, Armenia, the Legal Affairs and Human Rights Committee of the Parliamentary Assembly of the Council of Europe (PACE) organized a hearing on the issue of misuse of INTERPOL by non-democratic states. The exchange between experts, representative of INTERPOL and members of the committee was organized within the preparations for the drafting of the committee’s report on the very topic of politically motivated misuse of INTERPOL by non-democratic states and the need for stronger legal safeguards, to be prepared by Mr Bernd Fabritius, MP from Germany.

The Open Dialog Foundation (ODF) was invited to contribute to the discussion as an expert organization that has been actively advocating for the reform of INTERPOL and for a substantial response of international organizations and INTERPOL member states. Upon a personal invitation by the rapporteur, INTERPOL was represented at the event by Mr Yaron Gottlieb, Assistant Director from the Office of Legal Affairs.

The event was an important first step in the preparation of the report. The Open Dialog Foundation particularly recognizes the crucial role of the PACE Members that have been supportive of our campaign, aimed at fostering this exchange on the level of PACE, in particular the rapporteur himself – Mr Bernd Fabritius, Mr Pieter Omtzigt, who initiated the motion for a resolution asking for a report to be drafted on the issue, and all the Members who supported the motion and have since shown great interest in the topic. It must be underlined that in over two years of our campaign, it was the first time that INTERPOL has accepted an invitation to participate in such an event. We expect it to trigger further openness in discussing the problem of political misuse of its mechanisms with civil and political society.

Opening the discussion, Mr Fabritius noted the importance of INTERPOL in fighting transnational crime. At the same time, he briefly pointed to a number of systemic issues, which should be addressed in order to ensure stronger legal protective mechanisms against politically motivated misuse of such mechanisms as the Red Notice system.

The Open Dialog Foundation has long been calling for a more open relation between the civil society and Interpol and a more transparent communication system with those directly affected.

Following the introductory presentations by Mr Gottlieb from INTERPOL, Mr Tinsley from FTI and Ms Koj from ODF, members of the committee had a chance to direct questions to the speakers, going more into detail on certain aspects, which were of particular interest to them. Members of the committee, following-up on recommendations made by Ms Koj, suggested a creation of a list of countries that regularly breach INTERPOL rules in terms of politically motivated misuse of its instruments, often aimed at persecuting individuals critical to the authorities of a given state, and indicated that requests by such countries should undergo further and more in-depth scrutiny. Furthermore, many of the members expressed their concern over the fact that INTERPOL does not have any independent supervising body, under which authority it would operate. One of the members cited a recent example of a former Georgian minister who was taken of the Red Notice list because of his refugee status, obtained in another state. Mr Gottlieb also referred to this case, mentioning a new refugee policy that has been adopted by INTERPOL and that foresees that individuals who have been granted refugee status, which can be confirmed by the issuing state, are being automatically removed from the INTERPOL Red Notice database. The Open Dialog is yet to obtain further and more detailed information on the new policy.

The Open Dialog Foundation has long been calling for a more open relation between the civil society and INTERPOL and a more transparent communication system with those directly affected. As underlined during the event, following the exchanges with NGOs, INTERPOL has decided to keep the pending Red Notice requests invisible to the member states until their final approval by the reviewing body. We acknowledge the first results of our joint campaign and remain committed to providing further support both to INTERPOL and PACE in the works on the issue. We also count on maintaining an open and two-way communication with INTERPOL to support the realization of further commitments undertaken in this area.

We hope to see this trend continuing and to see more openness from INTERPOL authorities in contacts with representatives of civil society, as we should all be working towards a common goal – that of ensuring that human lives are not being put at risk by non-democratic countries who try to justify their abusive practices through the use of a legitimate international organization. We still see many areas for potential improvement, including – in the first place – the responsiveness of the INTERPOL towards those directly affected and put at risk because of politically motivated Red Notices, said Anna Koj, Head of the EU Office of the Open Dialog Foundation, who represented the organization at the event in Yerevan.