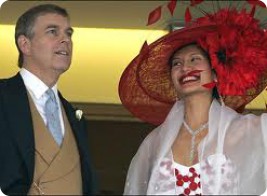 I first met the Duke of York back in November 2004 when he came to visit the Rhondda Sea Cadets in Llwynypia in my constituency.

The youngsters were really excited to have a Royal visit and I confess it all went swimmingly – or at least it did until we discovered the following day that he hadn’t driven to Rhondda as any sane person would.

He’d actually insisted on a helicopter to deposit him on a local playing field. Since the Sea Cadets get next to no Government support and they have to fundraise just to pay their massive annual insurance bill, it felt like a crazy extravagance.

It wasn’t until I joined the Foreign Office as the Minister for Europe, covering Russia and the Caucasus as well as all our consular activities, that I came across him again. His trips as the special representative for UK Trade and Investment (UKTI) were legendary – but not for the right reasons.

He would travel in style, with an entourage of at least six, including equerries and secretaries and a valet with an especially long ironing board. He racked up costs to the taxpayer of hundreds of thousands of pounds in flights.

The Duke’s profligacy has always begged the question, whose interests are being served here: the country he is representing, or his own?

The fact that one of his visits to Bahrain coincided with the Grand Prix, and that on at least one occasion he expressly asked Embassy staff to make time for him to try selling his splendid home at Sunninghill Park to rich local dignitaries, did little to convince anyone the answer is the former.

Although the Duke has always maintained that his work as a UKTI envoy is at the behest of the British Government, I’m not sure that remains the case.

When it emerged yesterday that Andrew had entertained Sakher el-Materi, the son-in-law of Tunisian dictator Zine-al-Abidine, his Press secretary Ed Perkins accidentally sent to a newspaper an email intended for UKTI.

In it, he said pleadingly: ‘Will ukti stand behind him? We need some govt backing here.’ In other words, it is the Duke who is now asking for the Government’s help, not the other way around.

Speaking from experience: As a Foreign Office Minister, Chris Bryant got to learn about the prince’s trips Of course, some of his work has been in the interests of Britain. In the case of his public meetings with and private visits to Saif Gaddafi, they were often at the behest of the Labour Government in which I was a Foreign Office Minister.

His hosting of the senior Libyan Interior minister, Major General Abdel-Fatah Yunis al-Obeidi at St James’ Palace only last summer was also, I suspect, at the suggestion of the new Coalition Government.

I’m not naive. I know it’s an unavoidable fact of life that if you’re engaged in international diplomacy or overseas trade there’s always a danger you’ll end up sitting down to dinner or doing business with someone you wish you’d never met.

Sometimes, in the interests of coaxing a country towards democracy, you have to shake hands with some very dodgy characters.

But in Andrew’s case the catalogue of inappropriate connections is now so long that he is bringing not just Britain but the Royal Family into disrepute.

There’s his friendship with the Libyan-born Tarek Kaituni, who was convicted for secretly taking a machine gun from Holland into France and who hosted the Duke in considerable luxury in Tozeur in Tunisia in 2008 before they continued their holiday in Libya. What benefit to Britain did this have?

It’s also difficult to explain his attraction to the company of Jeffrey Epstein, a convicted child sex offender, at whose mansion in New York he spent five days only last November.

The disclosure yesterday that the Duke is to sever his links with Epstein is welcome, but he should never have got involved with him in the first place.

And then there’s his involvement in the oil-rich Wild West state of Kazakhstan. I learned about this first hand when Kazakhstan was one of the countries in my Foreign Office portfolio.

Formerly part of the Soviet empire, it has retained many of the features of old-style Communism, with a fierce security service, harsh censorship of the Press, grinding poverty for many, vast wealth for a tiny clique at the top and a business ethic largely based on kickbacks and bribes. 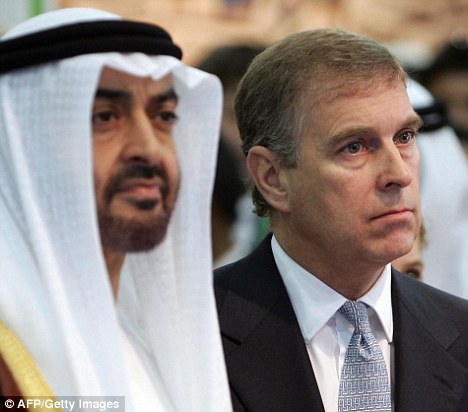 It’s an easy place to make money fast, especially if you are connected to the 70-year-old President, Nursultan Nazarbayev, who has been in place since before independence in 1991.

His eldest daughter, Dariga, has done very nicely out of the privatisation of the former state media, and his second daughter Dinara is married to Timur Kulibayev, son of a former Minister of Construction, who has sewn up much of the Kazakh energy market.

And that’s where Andrew comes in. He has visited him, stayed with him, dined with him and even introduced the tycoon’s mistress Goga Ashkenazi to the Queen. Indeed, so close is their friendship that Kulibayev bought the Duke of York’s house at Sunninghill Park for £3 million more than the asking price. Bizarrely, that house still remains empty.

You might be tempted to ask: ‘So what was it first attracted you to the multi-billionaire Timur Kulibayev?’ 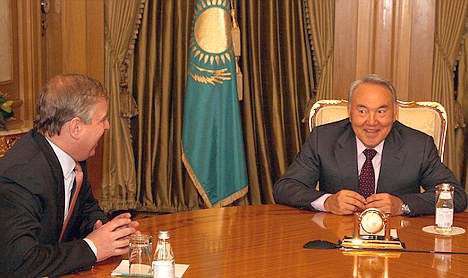 Some may say this is traditional Royal high jinks. But the charge sheet against Andrew is very long and it is undermining the valuable, diligent work of the rest of the Royal Family.

I tried to raise my concerns about him with No 10, but when I started asking questions about the Prince’s suitability for the post, and in particular his relationships in Kazakhstan and Kyrgyzstan, there was a real chill in the air. The kind of chill that only a diplomat frightened of a row can engender.

Clearly Foreign Office staff were embarrassed by him – a couple of senior staff told me so – but it was well known Downing Street would not entertain anything that might possibly be interpreted as an attack on a member of the Royal Family.

So the matter was quietly dropped.

A Labour administration tackling the Royals would have led inevitably to charges of republicanism, but perhaps it might be easier for the Coalition Government to take a stand. I would urge David Cameron to take action immediately.

It really is time we put Prince Andrew into retirement.