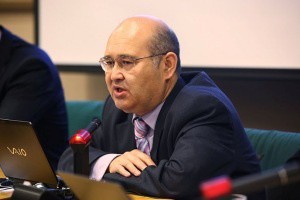 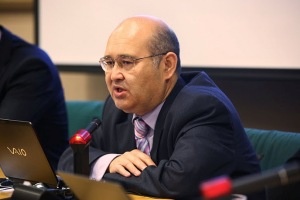 The President of the Social Foundation ‘Civic Activity’ Muratbek Ketebaev commented on the situation around charges of terrorism filed against the opposition leaders of Kazakhstan.

According to Muratbek Ketebaev, charges of terrorism against opposition activists are simply absurd, and they are nothing else but an attempt to lock up the opposition figures who have been staying abroad for a long time now. In addition, Muratbek Ketebaev suggested that the authorities of Kazakhstan, by announcing that Mukhtar Ablyazov was the head of an organised criminal group, are planning to solve the problem of independent media and opposition in Kazakhstan once and for all. The social activist believes that the case of terrorist attacks is likely to end “in a closed trial in which those innocent and not involved will be sentenced to a long-term incarceration”.

When asked by reporters, why the preparation of terrorist acts was reported on the 28th of March, 2011, and not a month earlier or later, Muratbek Ketebaev admitted that it was connected with his stay in Russia since the 24th of March: “It is possible that the calculation was simple – they were going to declare that I am a terrorist, and on this basis, the Russian authorities would detain me, and quickly extradite me to Kazakhstan”. However, Muratbek Ketebaev easily managed to go back to Europe.
Also, Muratbek Ketebaev focused on the fact that every serious charge should be based on strong evidence and to date, the law enforcement bodies of Kazakhstan have not obtained such evidence. “In Kazakhstan, the presumption of innocence lost relevance as a relic of the past; as something that might hinder the protection of Nazarbaev,” said the Kazakh opposition activist.

When commenting on the situation of political freedoms in the country, Muratbek Ketebaev recalled that the ‘Alga’ party still remains unregistered, Vladimir Kozlov was fined for a large amount of money for the fact that he headed and represented a non-existent organisation, and in the country there is still a uniform “privatised” hierarchy of power.
Let us remind ourselves that Muratbek Ketebaev, together with Mukhtar Ablyazov and Alexander Pavlov were declared to be involved in the terrorist attacks planned for the 24th of March, 2012 in the city of Almaty.