Search
The Open Dialogue FoundationMedia about usWill Warsaw have the ‘Heroes of Maidan’ street? Leading Polish media on the ODF’s initiative

Spacerowa Street [which has been nominated for renaming] is located in the immediate vicinity of the Russian Embassy in Warsaw. However, thanks to the TVP INFO website, one comes to understand that the initiative is not a provocation against Russia. According to Gazeta Wyborcza, the idea is supported by renowned politicians and activists, including Marcin Święcicki (PO), former Defence Minister, Janusz Onyszkiewicz; former parliamentarian from the Freedom Union, Andrzej Wielowieyski; a candidate to the EP from the Democratic Left Alliance (SLD), Weronika Marczuk; editor-in-chief of ‘Krytyka Polityczna’ [‘The Political Critique’], Sławomir Sierakowski. Since 9 May, the Open Dialog Foundation has been collecting signatures under a petition regarding this matter.

Any resident of the capital who supports the renaming of a street in Warsaw ‘Heroes of Maidan’, may sign the petition at the headquarters of the ODF, or at the ‘Ukrainian World’ centre. 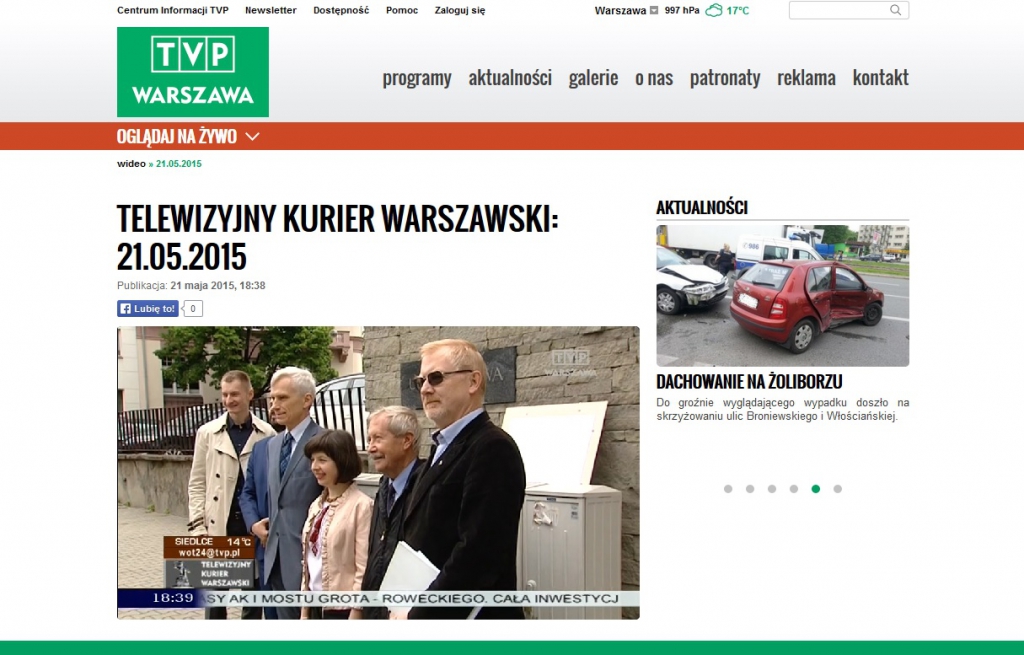 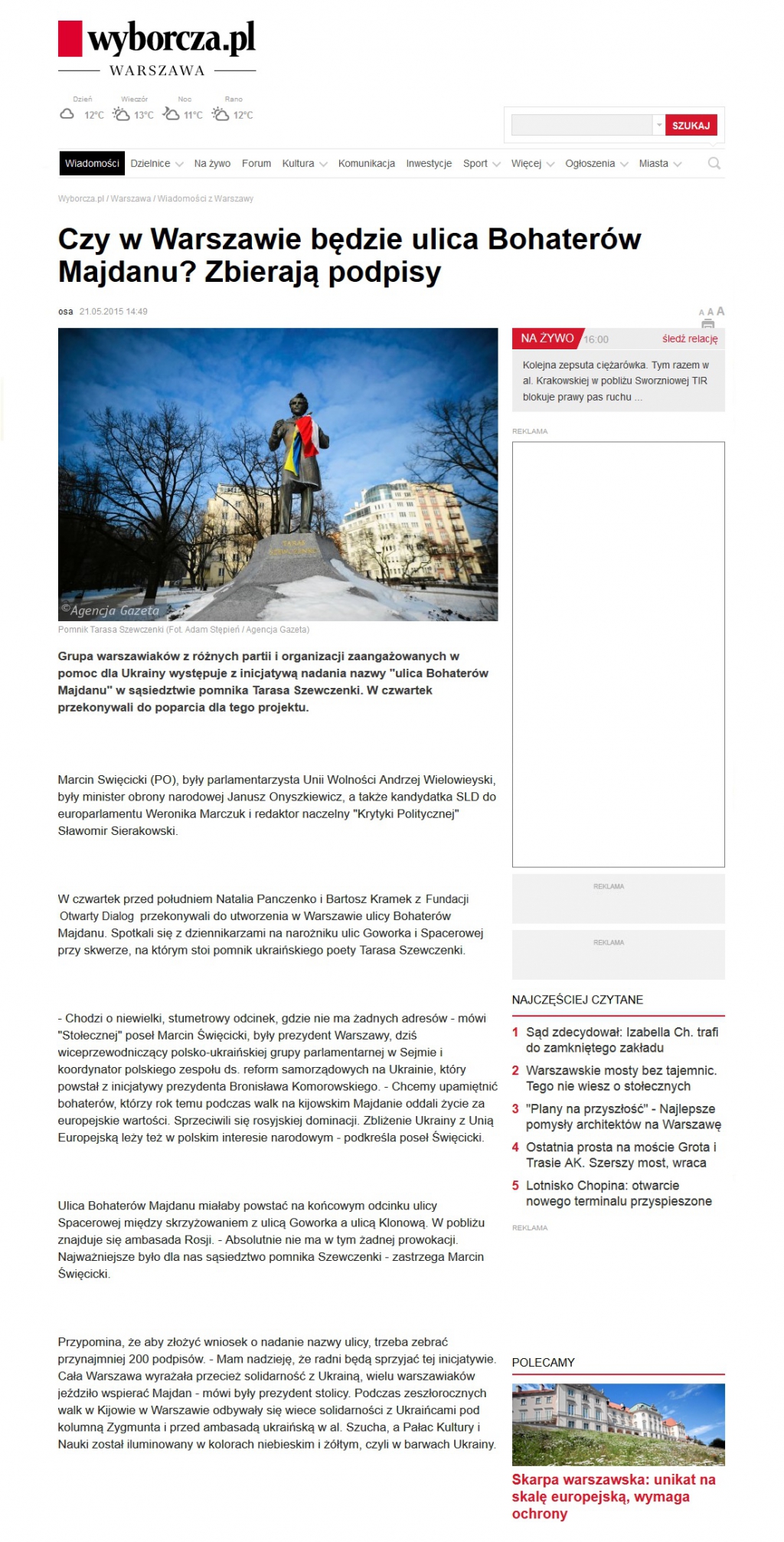 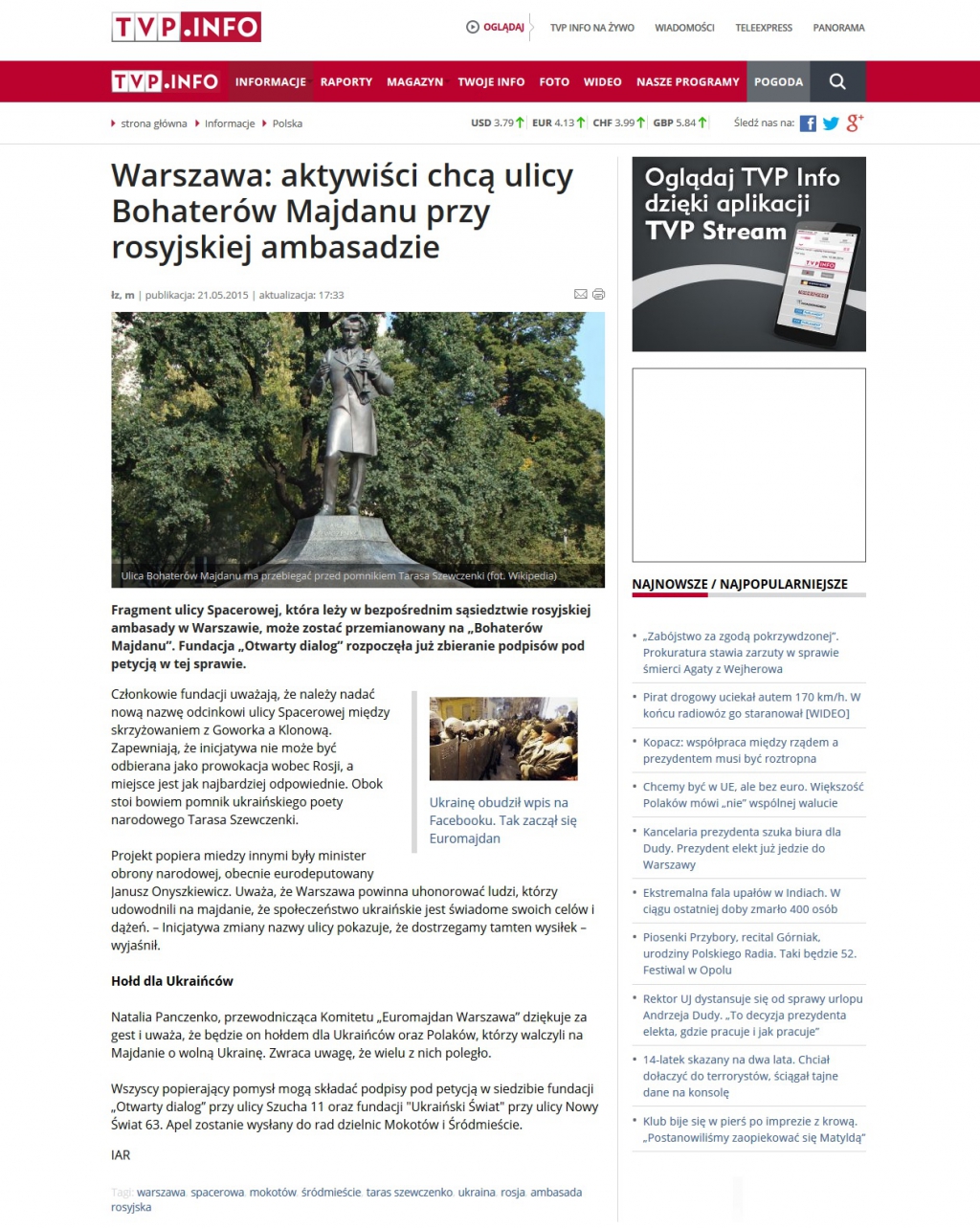