On the invitation of the Open Dialog Foundation and the Open Europe Group, two entrepreneurs from Ukraine visited Poland on 21-22 April. Yuriy Shatynskiy and Ihor Haras, the owners of the Chumak company, one of the leading manufacturers of high-class custom-made furniture.

They also own a chain of several dozen grocery stores in the Lviv province. The company currently employs approx. 300 people. From the very start of the Revolution of Dignity, they actively supported the protesters at Maidan. During the two-day visit, the men took part in the European Economic Congress – a cyclical event held in Katowice.

The next item on the itinerary of the visit was a series of meetings in Warsaw; the Ukrainian businessmen met with the activist and former mayor of Rembertów Kacper Pietrusiński and representatives of MADERA Wood & Co. 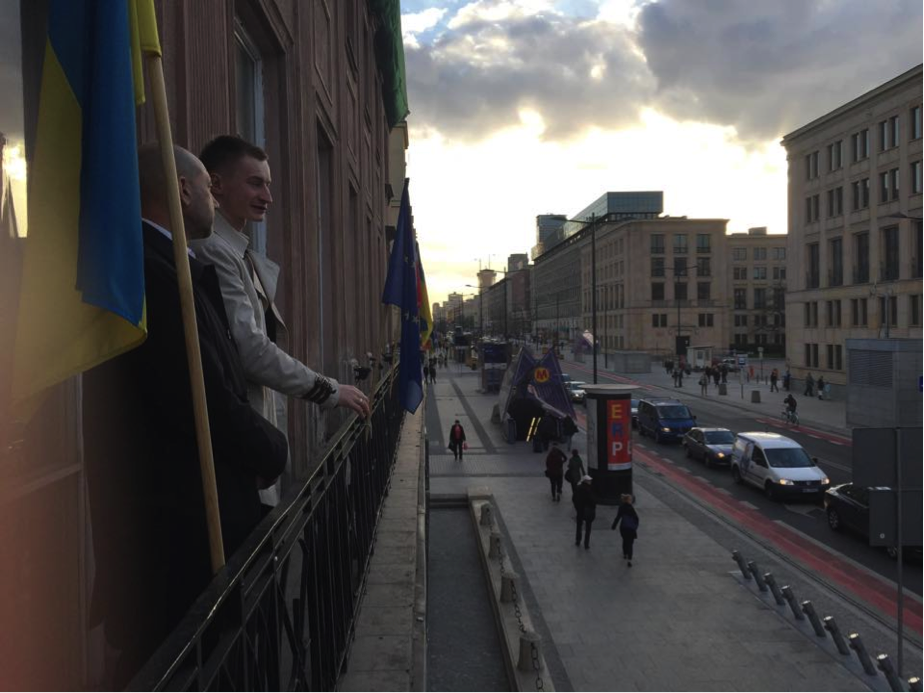 On the same day, in the evening, the Open Dialog Foundation and the Open Europe Group invited entrepreneurs to the ‘Ukrainian World‘ centre for two meetings – with MP Tomasz Makowski, about the possibilities surrounding cooperation and integration with local Polish entrepreneurs, and later with Ukrainian youth during the event ‘Business after Maidan: old problems and new opportunities’.