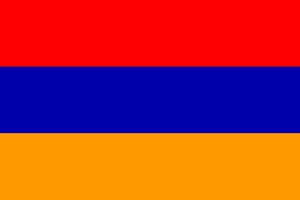 Early in the morning on 23 June 2015, police forces armed with water cannons pacified and dispersed about 500 protesters that gathered for a peaceful demonstration in the capital of Armenia, Yerevan.

The use of direct force against a peaceful gathering, hours-long detentions, as well as obstruction of journalistic work represent an unacceptable example of breaches of international agreements.

The protests have been triggered by the 16% rise in electric energy prices, announced by the Armenian authorities on Friday, 19 June 2015. On Monday, protests in Yerevan gathered 3-9 thousand demonstrators. The organisers – a youth movement  “»No « to looting” – had been demanding a retraction of the raises in prices and had announced they would block the headquarters of the president of Armenia, Serz Sargsyan. Because of a high concentration of police forces around the presidential palace, the protesters didn’t proceed towards it but, as per the organisers’ will, sat down on the street and started a sit-in strike. That protest was dispersed in early morning hours of 23 June.

The Open Dialog Foundation is deeply concerned with the treatment of peaceful demonstrators by the police forces, under the control of the Armenian authorities. The use of direct force against a peaceful gathering, hours-long detentions, as well as obstruction of journalistic work represent an unacceptable example of breaches of international agreements.

Due to the fact that the protestors start gathering again and there is a risk of escalation of the situation, we appeal to: