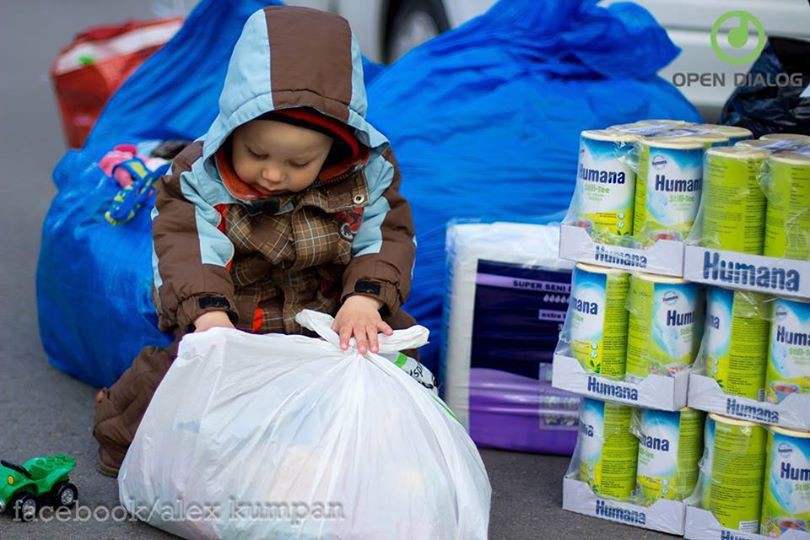 Horbów-Kolonia and Bezwola are situated in the Lublin region. The names of these villages are known to the majority of Ukrainians who fled to Poland. It is there that centres for refugees are located. These are also the places where gifts obtained during collections held in the ‘Ukrainian World’ centre, are taken.

Over the past few months, clothes, shoes and children’s articles were brought by Warsaw residents to 63 Nowy Świat Street. People, moved by the plight of their neighbours from beyond the eastern border, who fled due to the war in the east of Ukraine, often had to leave everything that they had spent their life building, shared with them what they could. The collections were organised, amongst other places, in the public Primary and Secondary School No. 20 in Warsaw, a large portion of the gifts was also donated by the MaMa Foundation.

In April, all the items were forwarded to both centres. Also, a much needed wheelchair and stroller will be transferred to Bezwola.

On behalf of the refugees, we wish to express gratitude to all donors of the gifts and for their engagement in providing help.