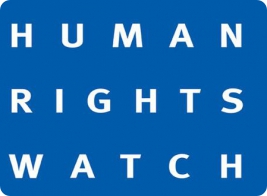 Around 10:30 p.m. on April 19, 2012, two unknown men attacked Akhmedyarov, a journalist with the independent newspaper Uralskaya Nedelya, stabbing him eight times and shooting him with a traumatic (non-lethal) weapon. The attack took place near his home in Uralsk, in northwestern Kazakhstan.

“The authorities should waste no time in thoroughly investigating this violent attack on Akhmedyarov, identifying the attackers and prosecuting them,” said Mihra Rittmann, Europe and Central Asia researcher at Human Rights Watch. “When an outspoken journalist like Akhmedyarov is nearly killed, it puts freedom of expression at risk across Kazakhstan.”

The environment for freedom of expression in Kazakhstan is restrictive and marked by harassment of and attacks on independent journalists, prohibitive penalties for civil defamation, and criminal penalties for libel. Government loyalists dominate broadcast media outlets.

The authorities should ensure that the investigation into the attack on Akhmedyarov is independent and thorough, and examines the possibility that Akhmedyarov was attacked to silence his civic activism and his critical reporting, Human Rights Watch said.

Aleksei Yumashev, a colleague of Akhmedyarov’s at Uralskaya Nedelya who was at the hospital when Akhmedyarov was brought in, told Human Rights Watch that Akhmedyarov had been hit in the head, likely with a heavy object, and stabbed eight times. Doctors also told his colleagues that Akhmedyarov’s body bore traces of injuries that would have been inflicted by a traumatic (non-lethal) weapon. A video clip posted on various news sites shows Akhmedyarov covered in blood, with apparently serious wounds to his neck and torso. Doctors operated on Akhmedyarov soon after he was brought to the hospital, and he was in critical but stable condition in intensive care.

Tamara Eslyamova, the editor-in-chief of Uralskaya Nedelya, whom Akhmedyarov had called to say he had been attacked, told Human Rights Watch that before his operation, Akhmedyarov told the doctor that he had run away from the men, but that they chased him and continued to attack him. A neighbor told Uralskaya Nedelya that he saw two men chase Akhmedyarov.

Eslyamova submitted a complaint to the prosecutor’s office about the attack, as did Akhmedyarov’s relatives, she said. Eslyamova told Human Rights Watch that the city prosecutor told her that the case has been put under the control of the prosecutor general and that the authorities are investigating. A criminal case has been opened on charges of attempted murder, but according to media groups in Kazakhstan, investigations into attacks on journalists in Kazakhstan, when they are initiated, often remain unsolved.

Eslyamova told Human Rights Watch that Akhmedyarov had been called in for “talks” by officers of the Regional Department of Internal Politics under the regional mayor’s office in advance of protests in recent months in which Akhmedyarov had participated.

“There is only one version,” she said. “I am confident that [the attack] was connected to his civic activity and his professional journalistic activities.”

Akhmedyarov helped organize and participate in a series of rallies earlier in 2012, the most recent of which was on March 24, to mark 100 days since police opened fire on civilians, including striking oil workers, in the western city of Zhanaozen on December 16, 2011.

Two other rallies in January and February in Uralsk and other cities in Kazakhstan contested the outcome of the January parliamentary elections and the lethal violence in Zhanaozen.

Adilsoz, a media watchdog nongovernmental organization in Kazakhstan, also tied the attack to Akhmedyarov’s professional activities. A statement posted to Adilsoz’s website on April 20 said: “Colleagues who are acquainted with Akhmedyarov undoubtedly associate the bandit attack on the journalist with his professional and human rights activities. He was repeatedly prosecuted for his critical publications on the activities of the authorities, and arrested for his participation in protests. Akhmedyarov took an active civic position and reported on the December events in Zhanaozen.”

Yumashev told Human Rights Watch that Akhmedyarov regularly took an active position against government policies with which he disagreed. In January 2011, Akhmedyarov was sentenced to five days of administrative detention for participating in an unsanctioned protest against the government referendum proposing to extend President Nursultan Nazarbaev’s term in office.

Akhmedyarov is also known for his critical reporting on subjects such as corruption and misuse of the government budget, and has been the subject of several defamation lawsuits in recent years, his colleagues said.

This is not the only time an independent journalist has been the target of a violent attack in Kazakhstan in recent months. In October 2011, two Stan.TV journalists, Orken Bisenov and Asan Amilov, were attacked with a baseball bat and shot at with a non-lethal weapon by four unknown assailants in Aktau while covering the oil strikes in western Kazakhstan.

“The violent attack on Akhmedyarov is another chilling blow to the already restrictive environment for freedom of expression in Kazakhstan,” Rittmann said. “There should not be impunity for this crime.”