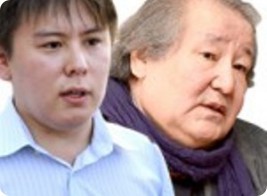 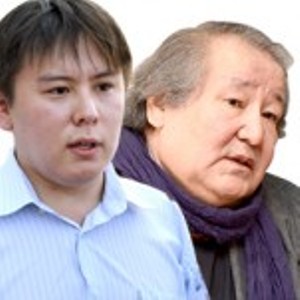 The leader of the youth movement Zhanbolat Mamay and a theatre director Bolat Atabayev were not allowed to leave Kazakhstan to participate in a session on human rights and freedom of speec.

In early April, a theatre director, Bolat Atabayev, and the leader of the youth movement, ‘Rukh Pen Til” Zhanbolat Mamay, were invited to the meeting with MEPs to discuss the political situation in Kazakhstan. The investigation group of the National Security Committee of Kazakhstan justifies its refusal by the fact that Zhanbolat Mamay and Bolat Atabayev are in the status of the accused of committing a deed under the third paragraph of Article 164 of the Criminal Code of the RK – “inciting social, national, tribal, racial or religious hatred.” According to the content of the Decision of refusal to fulfil the lawyer’s request, which was handed to Zhanbolat Mamay’s lawyer S.Musin, “their absence in connection with the departure to any other place would lead to a disruption of the planned investigation activities, which may hinder the objective investigation and trial in court”.

During the press conference, on the 13th of March, 2012, Bolat Atabayev commented on the situation with the arrests of members of the ‘Alga!’ party and other social activists, expressing the opinion that the NSC intends to present the accused in the case as members of an organised criminal group (OCG). As early as the 28th of March, 2012, a press release was issued by the General Prosecutor’s Office of the Republic of Kazakhstan on the fact that in the country, acts of terrorism in the city of Almaty were prevented at the stage of preparation. According to the official version, the organiser of the terroristic acts was Alexander Pavlov, Mukhtar Ablyazov’s former chief bodyguard.

The Open Dialog Foundation hereby expresses its concern with the fact of refusal to go abroad, handed to Zhanbolat Mamay and Bolat Atabaev. We perceive this as a negation of paragraph 14 of the Resolution of the European Parliament on Kazakhstan of the 15th of March, 2012 by the authorities of Kazakhstan.  According to this paragraph, the EU “expresses” outrage over the detention of opposition leaders and journalists in January, 2012, and calls upon the Kazakh authorities to stop the oppression of political opposition activists and independent media representatives in the country, as well as to release all persons detained on politically motivated charges “.

We urge the government of Kazakhstan to provide an opportunity to Zhanbolat Mamay and Bolat Atabaev to attend an international conference, we remind the authorities about paragraph 18 of the Resolution, in which, according to the text, the EU “calls for the strengthening of the dialogue in order to improve its efficiency and focus on results, as well as to allow members of the civil society to take part in the dialogue”.