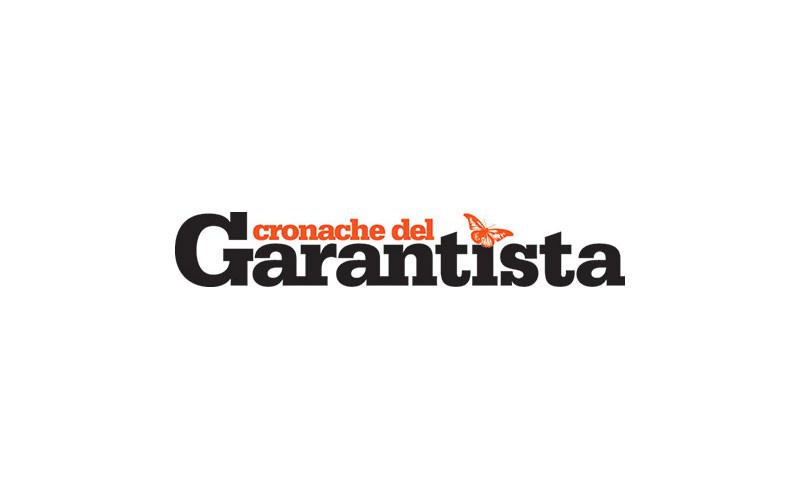 In an interview for Domenico Letizia from an Italian newspaper Il Garantista, Anna Koj spoke about the active role of the Open Dialog Foundation in promoting greater respect for human rights and supporting the reforms in Ukraine. She also mentioned the need for a stronger response of the West, the role of Putin’s propaganda and its influence on Italian media and about the situation in Crimea. 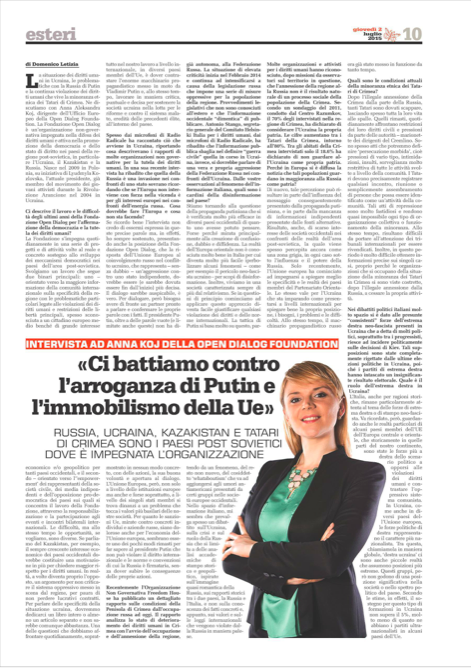 Anna Koj from the Brussels office of the Open Dialog Foundation presented the conflict between Ukraine and Russia as a conflict of values, which the European Union should defend. She claimed, in the interview, that the EU should take stronger steps in response to the active role of Russia in the conflict in Ukraine. Sanctions, although painful also for the economy of the Union, seems to be the only way to show Putin that he can’t go on unpunished, breaking international law and conventions, to which Russia is also a signatory. At the same time, Koj opposed the scenario of “we need dialogue with Putin”, repeated continuously, as a mantra, by some politicians to the political reality. According to her, Russia is not showing any signs of sincere will of dialogue with the Western partners. Russian president’s empty words are not followed by any concrete actions that would let us believe he is really seeking an opening to a dialogue.

Along with describing the political scene in Ukraine and commenting on the role of the far-right groups, Koj spoke about the situation in Crimea and the repressions of the Tatar minority, there.