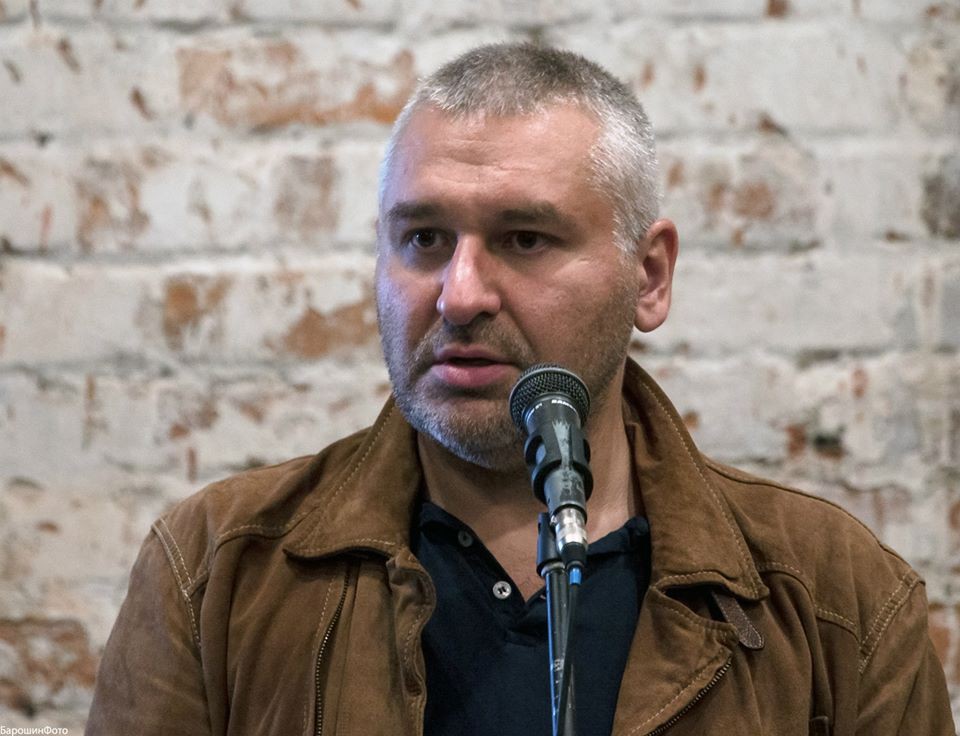 As appears from the statement of the press secretary of the Investigative Committee (IC) of the Russian Federation, Vladimir Markin, Russian investigative authorities may instigate legal proceedings against Nadiya Savchenko’s counsel, Mark Feygin. The Open Dialog Foundation considers that the threats from the IC constitute an application of pressure on the defence of the Ukrainian political prisoner in the run-up to her trial.

On 2 July, 2015, in Vladimir Markin’s press release regarding the end of the process of Nadezhda Savchenko’s familiarisation with the materials of the criminal case file, it was stated that: “Savchenko’s allies have undertaken illegal actions in a bid to exempt the accused from criminal responsibility for the commission of a particularly serious crime. The quintessence of this was the publication of the case file on the Internet by Savchenko’s counsels, despite the fact that they had been warned that any disclosure of information from the preliminary investigation could lead to criminal prosecution“.

A few days prior, on 30 June, 2015, counsel Mark Feygin began to make public details from the criminal case against Nadiya Savchenko. Specifically, the transcript of an interview with a witness in the case of Savchenko – the self-proclaimed leader of the People’s Republic of Lugansk (PRL) Igor Plotnitskiy, was made public. According to Mark Feygin, Plotnitskiy should also give evidence at the upcoming trial as a prosecution witness.

A recent statement by the IC with regard to the alleged warning of the counsels about criminal responsibility is a manipulation of law. According to the legislation of the Russian Federation, investigators may notify participants of criminal proceedings of the inadmissibility of disclosure of information from the preliminary investigation, but an integral part of this notification is signing a statement on non-disclosure of information from the preliminary investigation by a participant of the criminal prooceedings (Art. 161, section 2 of the Code of Criminal Procedure of the RF).

Investigators of the IC twice (in October 2014 and May 2015) made attempts to compel Nadiya Savchenko’s counsels – Mark Feygin, Nikolay Polozov and Ilya Novikov – to sign a statement on non-disclosure of information, and both times, the lawyers refused. The second refusal was officially recorded in the presence of witnesses.

It is worth noting that the maximum sentence for the disclosure of information from a preliminary investigation under the Criminal Code of the Russian Federation is 3 months’ incarceration (Art. 310 of the Criminal Code of the RF), but the withdrawal of Mark Feygin and his legal team from the case of the Ukrainian political prisoner Nadiya Savchenko could have far more severe consequences. At this point, Nadiya Savchenko and her counsels have become familiarised with the materials of the criminal case file which means that the merits of the case against Savenchko can be examined soon. In this pivotal moment in the case of Savchenko, it seems that investigators may make attempts to exclude her lawyers from the case.

In the context of injustice of the law enforcement system, which is guided by political expediency rather than by rule of law, publicity is the only possible means of bringing about the release of Nadiya Savchenko. On the other hand, consealing the case from the public will inevitably bring about the conviction of Savchenko.

The Open Dialog Foundation hereby expresses its protest against the potential initiation of criminal proceedings against Mark Feygin. A lawyer cannot be prosecuted for actions aimed at protecting his client. We hereby call on the international community to closely monitor this case in order to ensure that any further violations of the law are prevented.

All those willing to support our demands are welcome to address the following institutions and persons: