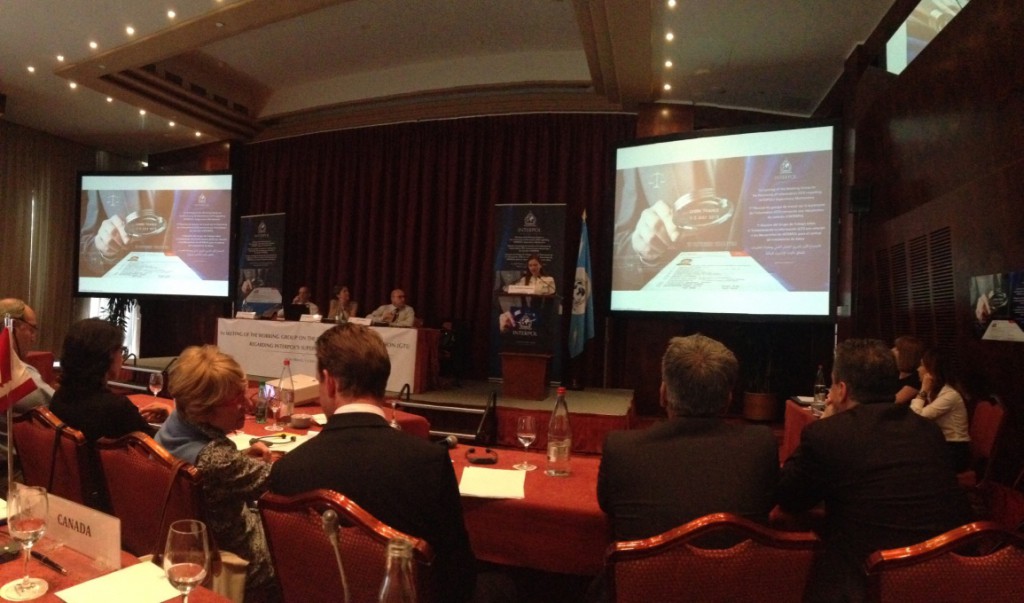 The Open Dialog Foundation was invited, as one of the external experts, along with representatives from Fair Trials International, Kirkland & Ellis LLP, Centre for Peace Studies and Sherpa Organisation, to take part in the first meeting of the Working Group on the Processing of Information (GTI), tasked by INTERPOL’s General Assembly with reviewing the organisation’s supervisory mechanisms in the area of data processing. The session was organised on 1 – 3 July 2015 in Lyon and constituted an important step in INTERPOL’s latest increased efforts to open up to a dialogue with civil society.

Prior to the meeting, Open Dialog submitted a document with a series of recommendations aimed at assisting INTERPOL in addressing the most pressing issues related to human rights violations which were identified as part of our work on the topic. During the Lyon discussion, the Foundation’s delegation focused on two key issues: the creation of a mechanism for the protection of rights of people with international refugee status and the openness of INTERPOL. The recommendations proposed by the Open Dialog Foundation representatives provoked a lively discussion between the participating member states, in particular delegates of Cameroon and Algeria, some of whom seemed to have been unaware of the lengthy extradition procedures, which can mean years-long detention for individuals awaiting a final decision from court. A concern was also raised by one of the participating member states with regard to the misuse of refugee protection by international criminals in order to evade justice in their own country, while others pointed out that it is difficult for INTERPOL to know who is a refugee or not prior to his or her arrest, as there are no legal grounds for the exchange of information relating to this issue between INTERPOL and UNHCR.

The Open Dialog Foundation understands these concerns and therefore proposes a change in the system that would allow for closer relations between UNHCR and INTERPOL on issues relating to the protection of refugees persecuted through the misuse of inter alia the Red Notice system. The percentage of political refugees is relatively small in comparison to humanitarian refugees and there are ways, e.g. through systemic cooperation with local and international civil society, to verify the political, social or journalistic activity of an individual claiming political persecution. While this problem is well understood, the issue of the misuse of the international police organisation and its tools by non-democratic regimes is a growing concern. These authoritarian regimes adapt their messages and communications promptly and exploit “holes” in the system to bend the rules in line with their own interests. As argued by the Open Dialog Foundation, these two phenomena are two sides of the same coin and should be addressed and tackled in a coordinated manner.

At the same time, representatives of INTERPOL expressed their appreciation for our concrete and straightforward recommendations, which – as they assure – are duly taken into consideration, as works on improving legal safeguards are under way. They openly committed to further and increased dialogue with civil society, in order to improve the current procedures and ensure that greater weight is attached to human rights-related risks when assessing individual cases and requests made by INTERPOL Member States.

The Open Dialog Foundation has been actively engaged, over the last two years, in carrying out a wide-scale international campaign calling for the reform of INTERPOL, in order to promote stronger legal safeguards and a more human rights-based approach to addressing the misuse of the system by non-democratic states. We acknowledge with satisfaction the fact that our voice and concrete and factual reports and recommendations have brought about a broader understanding of the problem within the INTERPOL authorities, as well as some initial, concrete changes, namely the recently adopted Refugee Policy, aimed at ensuring that individuals having international protection, such as refugee status granted by a Member State, do not remain on the Red Notice list, at risk of being detained when travelling in another Member State. At the same time, we hope and expect to observe further openness and transparency in INTERPOL’s work on the issue. A good step forward in that direction would be the much-requested publication of the above-mentioned Refugee Policy.

“We are aware of the practical constraints and difficulties which hinder the proper implementation of the new regulations and would be more than happy to facilitate and support further dialogue between the INTERPOL authorities, UNHCR, national governments of the Member States and civil society” said Lyudmyla Kozlovska, President of the Open Dialog Foundation, after the meeting in Lyon. “The Open Dialog Foundation remains committed to bringing individual cases to the attention of the international community and to the INTERPOL authorities, as well as to working on a more systemic level, in a bid to ensure changes which are needed to ensure greater legal protection for individuals under political persecution, are introduced” she added.

Please find attached the full text of the Open Dialog Foundation’s submission for the first meeting of the Working Group on the Processing of Information (GTI), tasked with reviewing INTERPOL’s Supervisory Mechanisms.