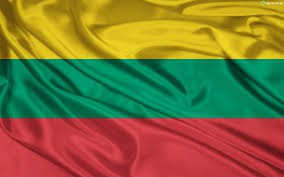 Ban on travel, export and transit of arms – Lithuanian MFA about sanctions against Russia

The Ministry of Foreign Affairs of Lithuania has answered the Open Dialog Foundation’s letter, in which the organisation has been calling for more transparency in sharing publicly information about the implementation of the European Union’s sanctions imposed on Russia. Vilnius assures: “(…) Lithuania dully respects its international obligations and therefore puts every effort to ensure that the international sanctions are fully implemented.”

According to the procedure detailed in the resolution issued by the Lithuanian government, individuals subject to travel ban are listed in a specially dedicated document. What’s more, with regard to Russia a ban on export/import/transit of arms and ammunition is also in place.

In its answer, the MFA additionally clarifies its function in the implementation of sanctions against Russia. The role of the Ministry is to coordinate the implementation of the international sanctions and to provide access to relevant information. According to the law, MFA is also the point of reference to which financial institutions direct information on assets of individuals’ subject to asset freeze. To date, however, the Ministry has not received information on such cases, yet.

The Open Dialog Foundation is monitoring the implementation of sanctions against Russia by the EU Member States and is campaigning to call for greater transparency in the process, including by providing the general public with easier access to relevant information. Within its campaign, the Open Dialog Foundation has addressed the Ministries of Foreign Affairs of all twenty-eight EU Member States, asking for more details and concrete examples of how the sanctions are being implemented in each country. ODF has also been discussing the issue with MEPs – our campaign has been supported by Ivan Štefanec.